EVENTS
HIDE
SHOW
Planning Early last spring I began talking to a couple buddies about planning a backcountry fishing trip in MT or WY. After some late nights tying flies and having a few drinks, we made phone calls to some contacts and settled on the Winds in Wyoming. One phone call in

Early last spring I began talking to a couple buddies about planning a backcountry fishing trip in MT or WY. After some late nights tying flies and having a few drinks, we made phone calls to some contacts and settled on the Winds in Wyoming. One phone call in particular stood out with the question “Are the guys in your group tough?” and the answer “Ahh, yeah we think so”. That was all we needed to hear, the route was planned.

Three of us traveled through the night from ND to Wyoming, spent a short night with some family south of Casper, then headed north of Pinedale to our trailhead. We thought we had about 6 miles into our first lake but quickly found out the road ended and we were looking at 8. That was just the first of a few surprises we encountered to any area none of us had ever been to before. 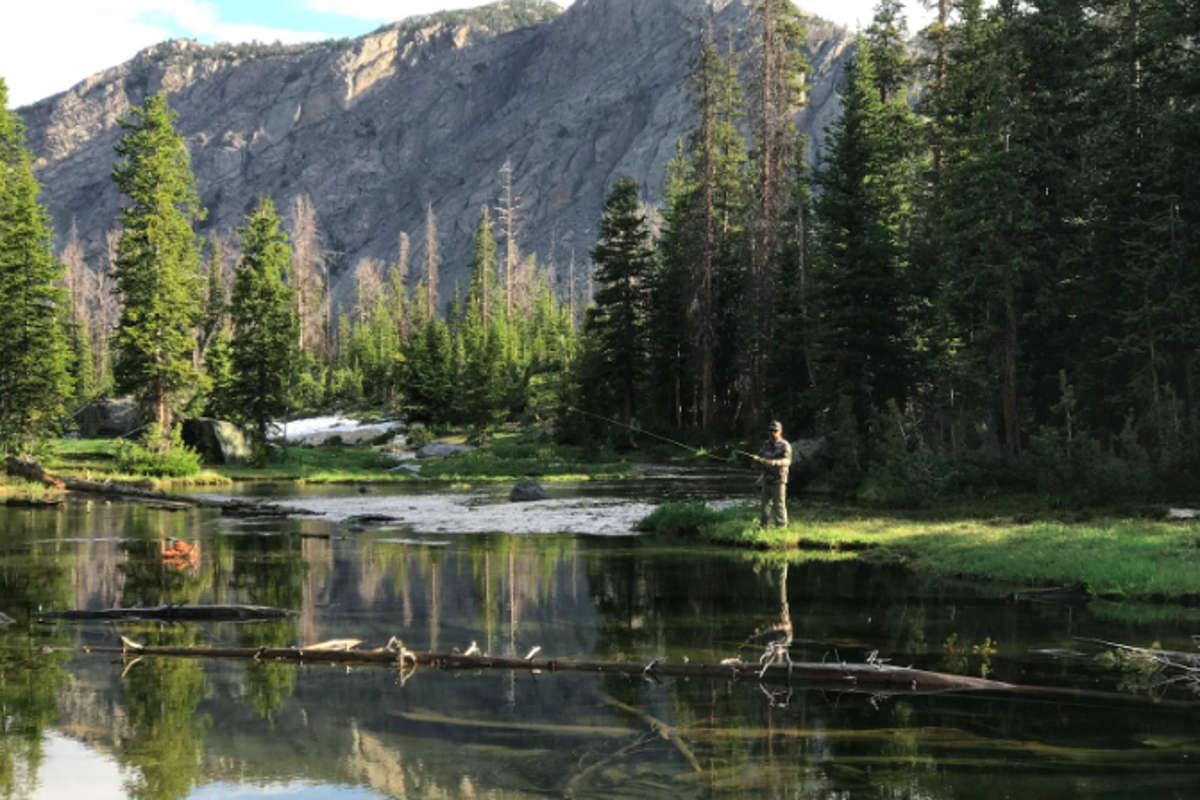 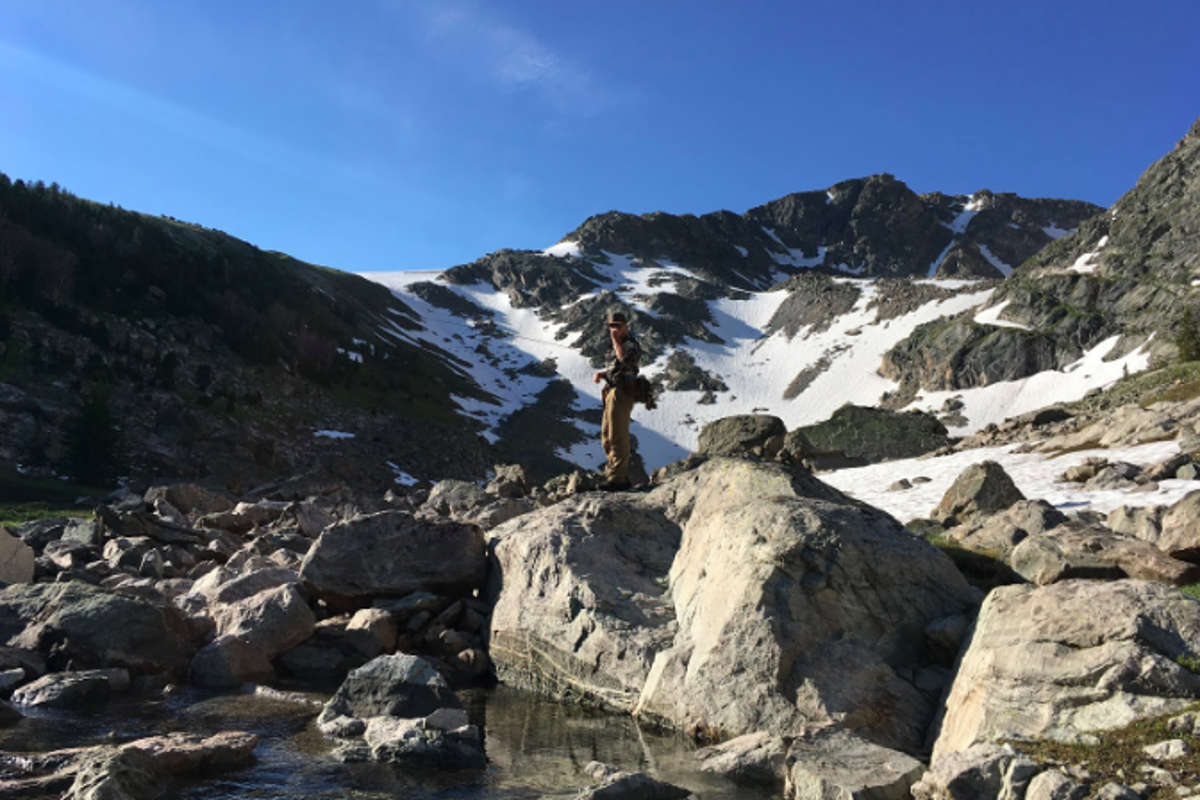 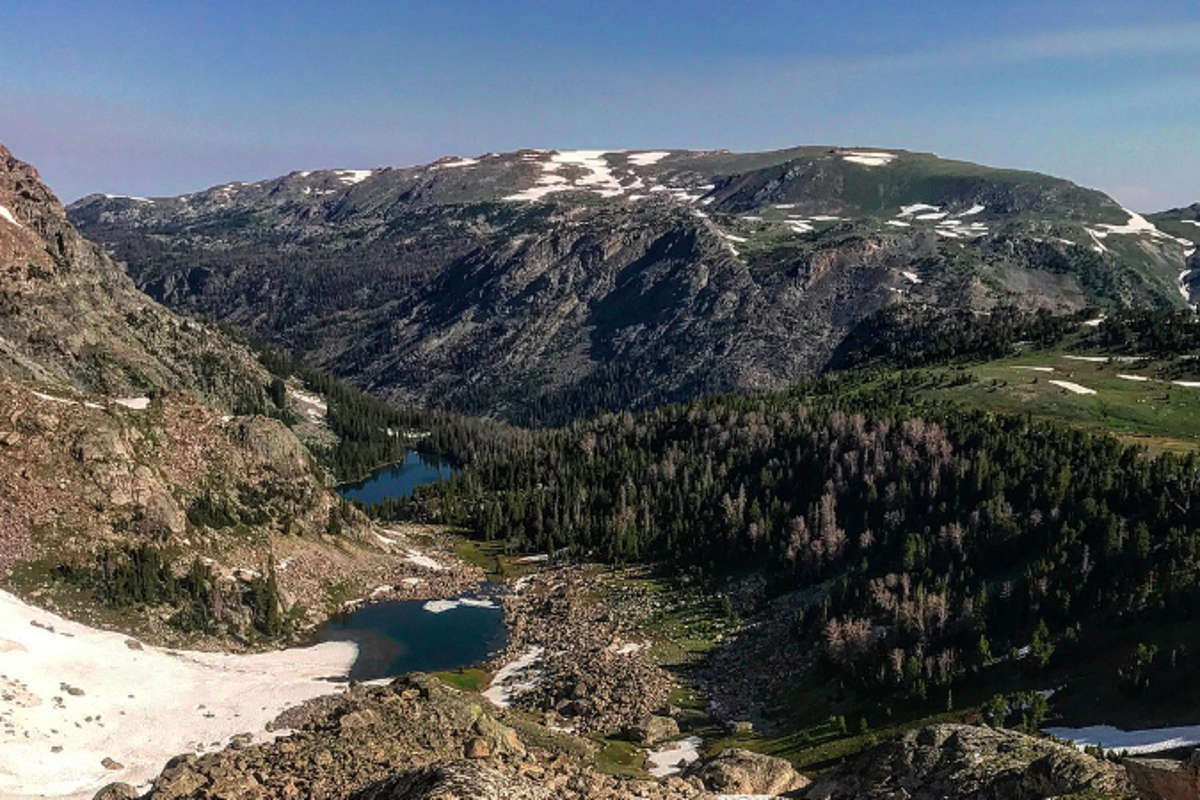 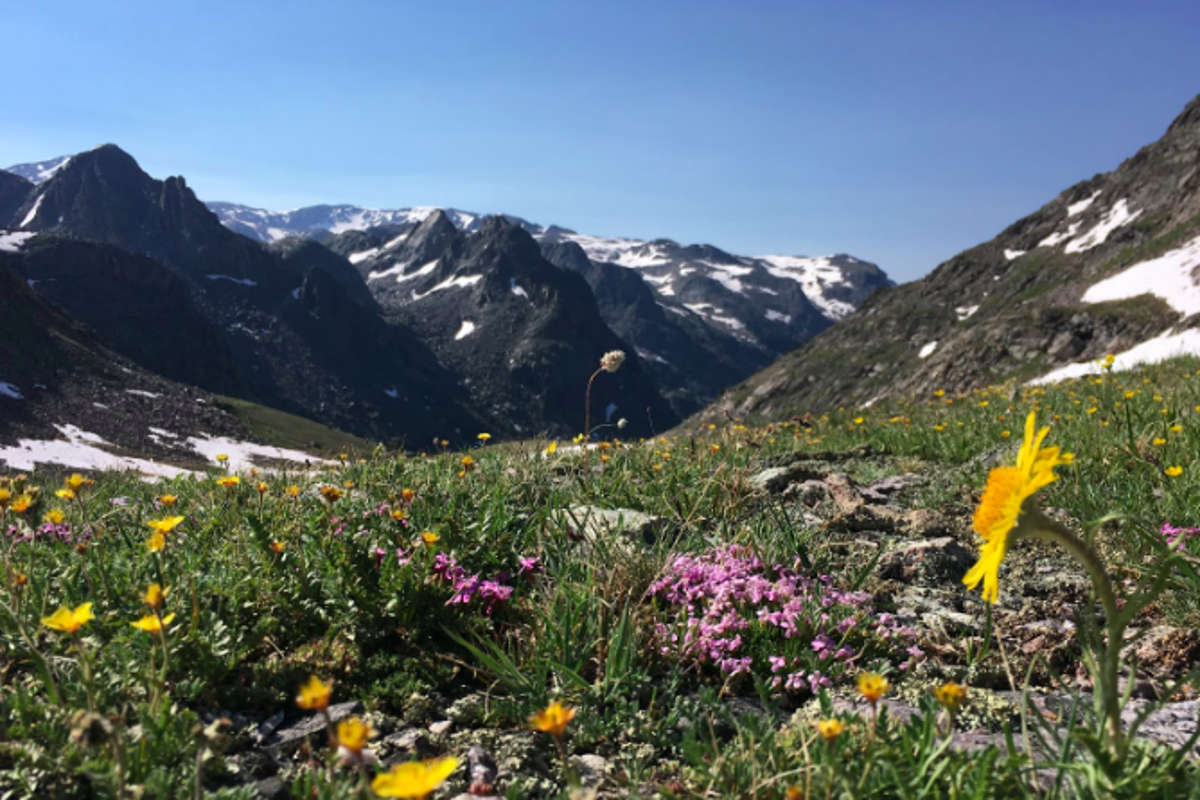 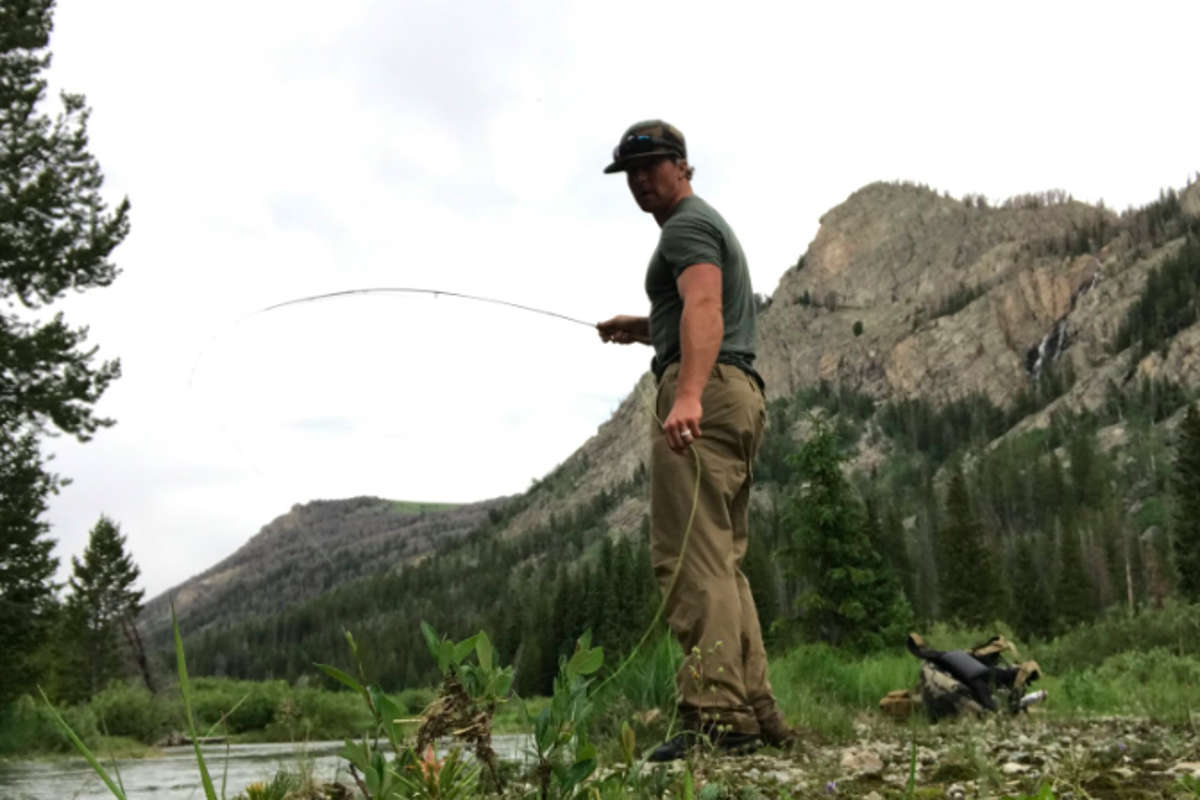 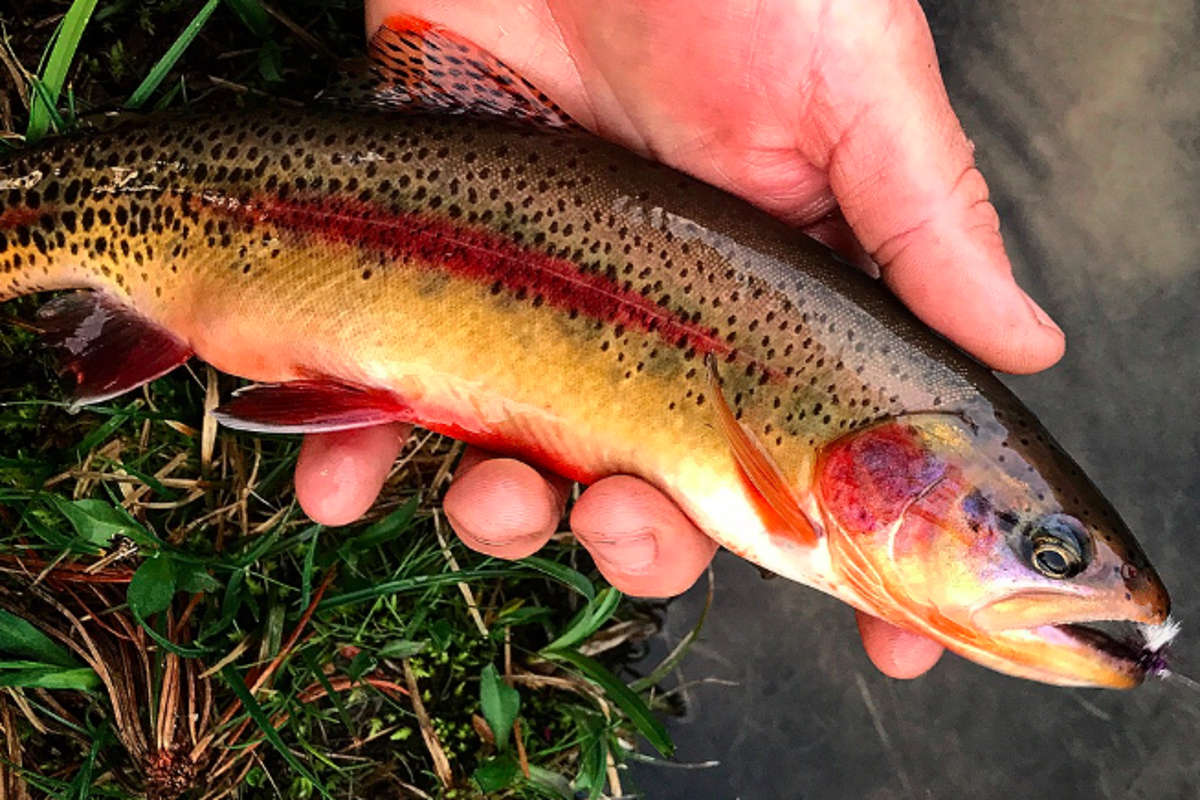 The first 8 miles in was gorgeous, it was mid July, the valley leading in was emerald green, streams were rushing from the snow melt higher up. Backwater eddies were full of brookies and we stopped at quite a few spots along the way in, maybe a few too many. With only an hr until dark we were still a good 1.5 miles from our planned camp at the first lake, with the last mile a good 2000ft of elevation gain and by far the roughest terrain. Headlamps on, we reached camp a bit before 11pm.

We were up at daybreak, had some coffee and the place looked like heaven. Snow capped peaks in July mirrored off a beautiful high country lake. Fish rising all over the place, and cutts and goldens in the stream next to camp. We spent the entire first full day of the trip in here.

Throughout the next two days we’d take day trips up to 10 miles round trip and climb into some other lakes in the areas. Mainly running into cutthroats, golden trout, and finding some of the lakes mostly covered in ice. It was definitely some of the most beautiful country I’ve ever been through.

While I’d recommend you be in good shaped and have some solid gear, this is absolutely a trip anyone can get into. We hit up some of the rougher, more remote country on the north end of the Wind River Range in bear country, but there are hundreds of miles of trails a person can take up there and it’d take years to fish every lake. I’d highly encourage everyone to hit a trailhead anywhere in the western U.S. and strike out for at least a few days. If this is something you’d like to try, I think you will come out not thinking it was hard, but that it was worth it. You won’t regret it.

Sean Senske (@bangincans) is an avid outdoorsman and SOFLETE athlete who is an amazing example of the conservationism exhibited by those hunters who value nature and celebrate a more humane method of harvesting their own food.

The SOFLETE HQ crew is in Boulder, CO! Brent, Aron, Doug, and Ben Altenes talk about what's going on with…