EVENTS
HIDE
SHOW
One truism of traveling I’ve come to recognize is that the more trouble you find yourself in during the journey, the better the tales you’ll invariably have to tell in the end. Conversely, an outing where everything goes exactly according to plan tends to yield few interesting stories

One truism of traveling I’ve come to recognize is that the more trouble you find yourself in during the journey, the better the tales you’ll invariably have to tell in the end. Conversely, an outing where everything goes exactly according to plan tends to yield few interesting stories to rehash in the months and years that follow. Thus, when my friends and I found ourselves being piled into a military jeep and whisked off towards the Kyrgyz border with four Kalashnikov-toting soldiers on our third day in Kazakhstan, all I could think of to reassure them was, “at least this will make for a good story, right?” Before that would come to pass, however, we would first enjoy a nearly perfect day at Big Almaty Lake, nestled in the jagged mountains on the Southern edge of the city. 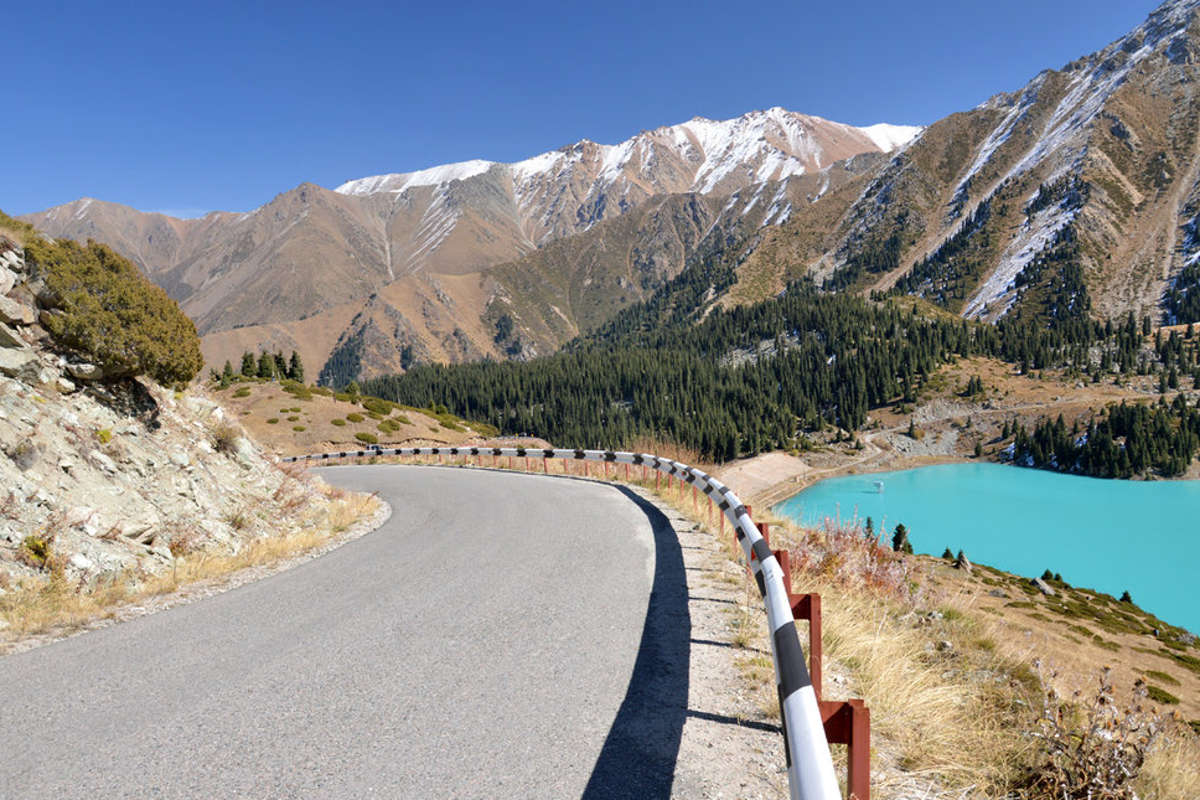 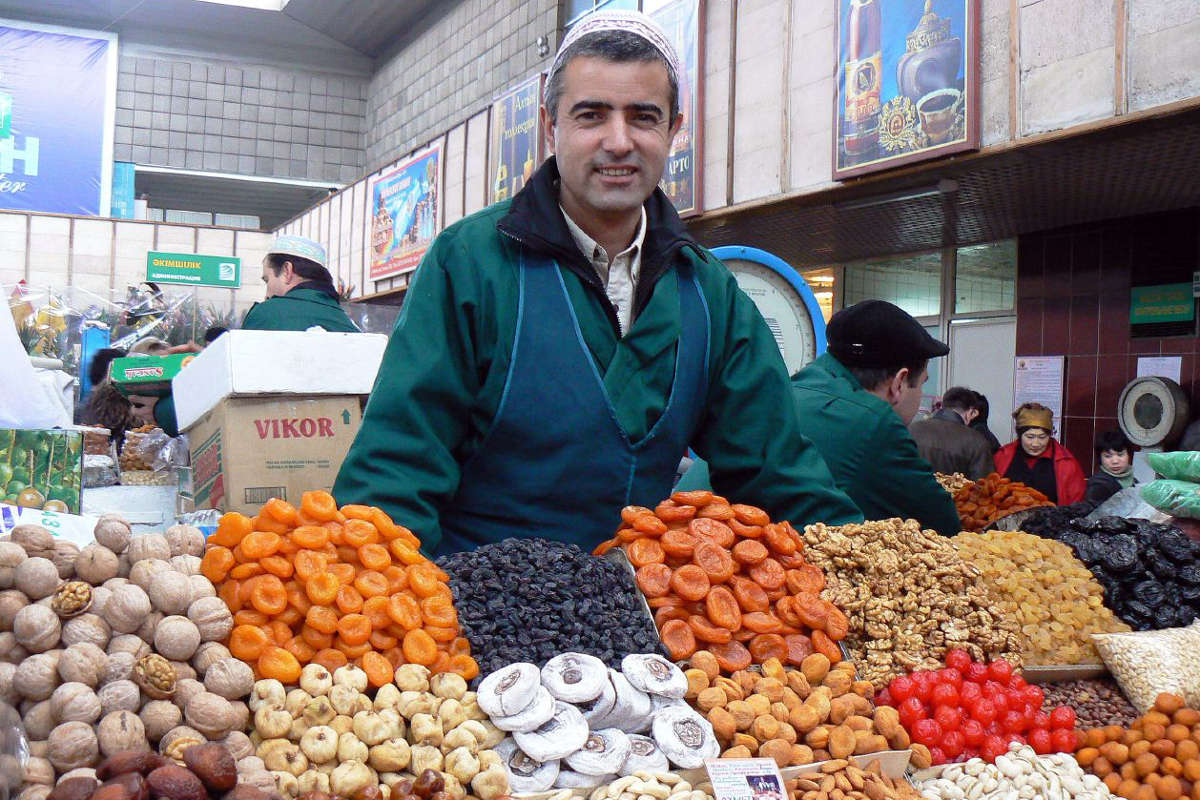 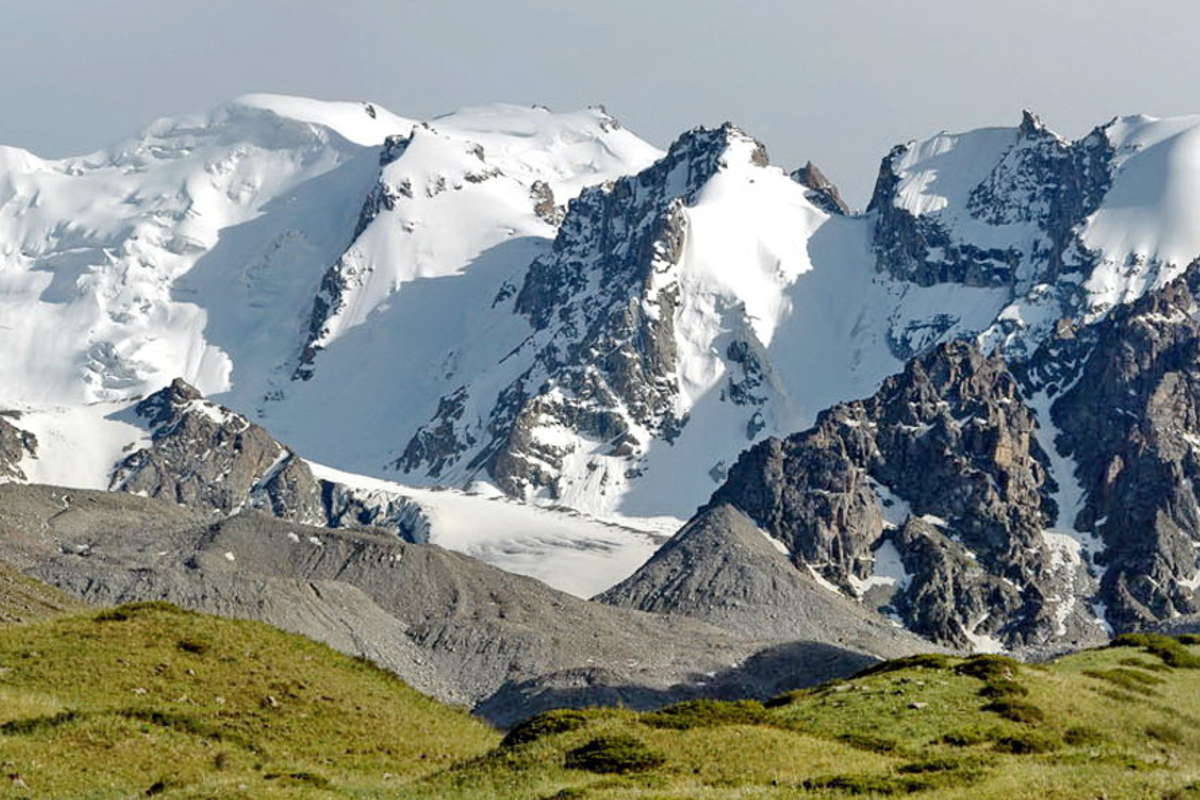 When we finally disembarked at the Alpinski Rose, we discovered accommodations that were absolutely perfect for the occasion- rustic enough for us to feel that we had left the city far behind, but also conveniently equipped with an appetizing dinner menu and a full bar. We dropped our bags in our basic, but extremely good-value little room ($30 per night), and consulted with the staff about our options for hiking. Despite the fact that the boys in charge appeared to be adolescent city folk who had possibly never ventured beyond the chalet’s parking lot, one of them managed to produce for us one of those hand-drawn, totally not-to-scale maps that looks like it definitely should not work, but then miraculously does. The hand-draw map would only lead us to the trailhead, but Lisa had also downloaded an off-line map from Mapsme to help guide us reach our final destination.

After loading up with snacks, we began our climb up the ridge adjacent to the hotel grounds. The hand-drawn map guided us a few hundred feet beyond that, into a bright, snow-covered meadow surrounded by tall, sturdy pine trees. After only a few minutes, we were already immersed in dramatic alpine scenery, the city suddenly feeling thousands of miles away. The pencil-drawn treasure map vaguely indicated that we should veer towards another steep incline to our right, but offered no details beyond that. Mapsme confirmed that we should head in that direction, the suggested route apparently winding through the pines on the way to the top of the ridge. There was no visible trail in sight, but eventually we identified a set of trackable human footprints in the fresh snow. After about twenty minutes we reached the top, discovering a narrow, pine-studded valley surrounded by even greater heights. Overheating from the brilliant sun, we tore off a couple of layers before pausing for an impromptu snowball fight.

We carefully picked our way along the narrow trail, occasionally needing to use our hands to keep our balance on the unsteady terrain. It was hard to tell where this trail would lead us, or if it even was a proper trail, but we were enjoying the moment so much that it didn’t really seem to matter where we ended up. The weather was perfect, the air was crisp and clean, and we all fell into the kind of trance that comes naturally when your attention is solely focused on where to plant your next step. After a while our persistence was rewarded, the narrow valley suddenly opened into an expansive horizon, even more striking mountains coming sharply into focus. We marched on in this blissful state for a while longer, and then, after climbing one more hill, Lake Almaty suddenly and unforgettably burst into view. For a few minutes the three of us could only stare in amazement, the brilliant azure water appearing to defy the laws of nature. Mark scampered further up the hill at the foot of the lake, grinning and beckoning us to follow. The beauty of the scenery grew exponentially the higher we climbed, until we finally reached the very top and sat down a large rock to revel in the grandeur of it all. After a few minutes of stunned silence, the whipping winds tearing off the lake finally broke our trance and we rambled back down towards the lakeshore in search of warmer place to rest.

There is an amazing, magical phenomenon by which hiking seems to imbue ordinary foods with extraordinary amounts of flavor, and our picnic lunch on this day was no exception. With no need for condiments, we ripped handfuls from a large disk of oven-baked bread and stuffed them with the fresh sausage and cheese we had picked up at the farmers’ market the day before. After lunch we wandered around the lake as far as we could go, still mystified by the surreal aqua tint of the water, but quickly ran out of real estate; the Kazakh border patrol lies just beyond the lake, Kyrgyzstan only a short distance over the nearest mountain pass. As it was getting later in the afternoon by then, we decided to take the road back down to our hotel, an easy walk of about an hour

After settling in at the Almaty Rose, I met Mark and Lisa in the restaurant. Built and furnished entirely of wood and permanently smelling faintly of garlic and onions, the chalet had an inviting ambiance, the perfect place to warm up. The pale, skinny teenage waiter/doorman/concierge built a roaring fire for us next to the bar, where we each had our own sofa (we were seemingly the only patrons on this Monday evening). With the help of the offline feature of Google Translate, we ordered a giant pot of tea, which we drank until it warmed us from the inside out, and satisfying bowls of piping hot borsht. Subsequently we began to explore the alcoholic portion of the drink menu, starting with some sort of honey-flavored Zima (better than it sounds), then Russian lagers (strong and satisfying), and finally Kazakh cognac (at less than $2 per glass, surprisingly good). The song I should have been hearing in my head was Lou Reed’s “Perfect Day.” However, when we entered the lounge several hours earlier, I noticed that Kenny G’s “Going Home” was looped and playing on repeat. I asked my friends why it wasn’t driving them crazy, and they replied that they had simply stopped paying attention. Approximately 87 consecutive loops later, I also realized that the song had become a barely perceptible feature of the landscape for me as well. At one point we discussed asking them to turn off the music, but suddenly the thought of not hearing Kenny G seemed unnatural.

We paid out tab and dozed off early, looking forward to what should prove to be an even better expedition the following day. How mistaken we were.