EVENTS
HIDE
SHOW
Whether whitewater rafting, jumping out of a perfectly good airplane (or off of a perfectly good bridge), climbing up mountain faces or simply spending a solitary week in the rough, people like us tend to need a bit more from our trips. If the idea of a week on the

Whether whitewater rafting, jumping out of a perfectly good airplane (or off of a perfectly good bridge), climbing up mountain faces or simply spending a solitary week in the rough, people like us tend to need a bit more from our trips. If the idea of a week on the beach with your toes in the sand sounds like a snoozefest (unless you’re taking a break from swimming with sharks), here are five of the best adventure destinations in America, and what to see, what to do, where to gear up, eat and stay while you’re there.

Best in the summer and fall, Moab is an eastern Utah city known for its outdoor activities and jaw-dropping scenery. Beyond the world-class hiking through nearby Arches and Canyonlands National Parks, adventure vacationers flock to Moab for its 4x4 trails, rafting, rock climbing, BASE jumping and mountain biking. We can't stress how intense the options are here in the red canyons. 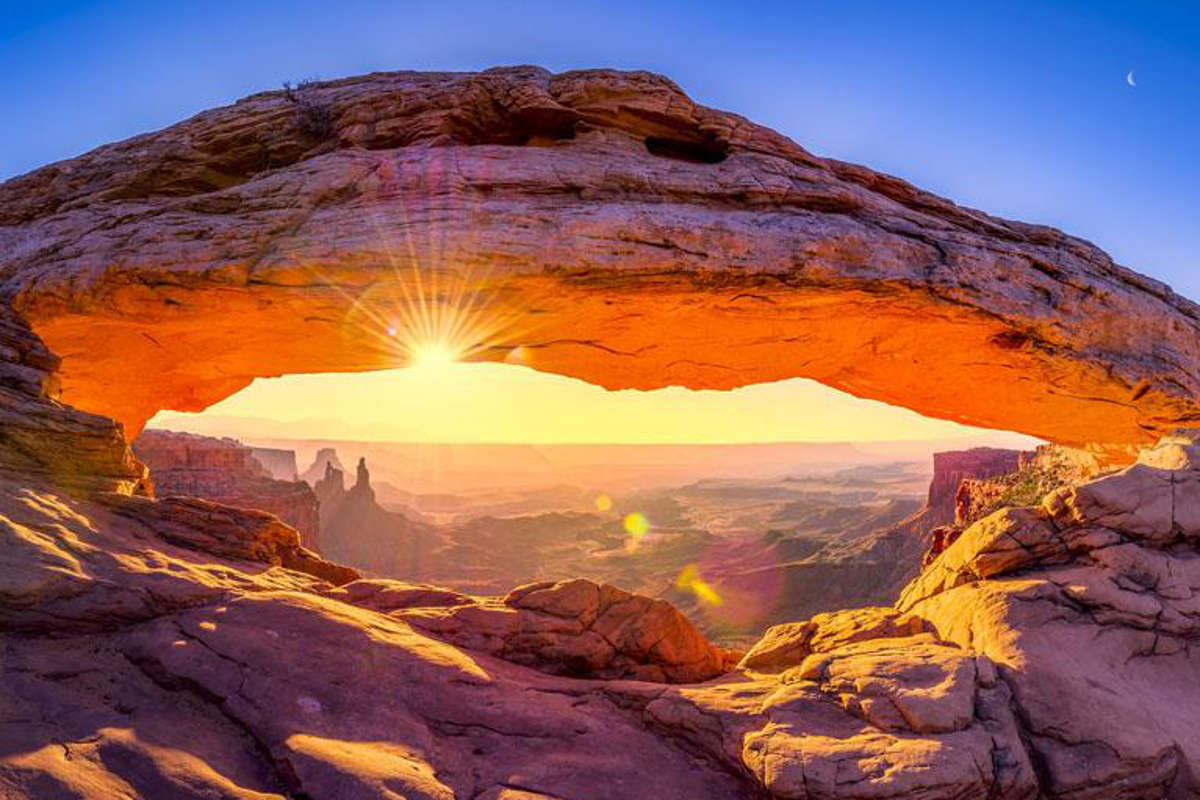 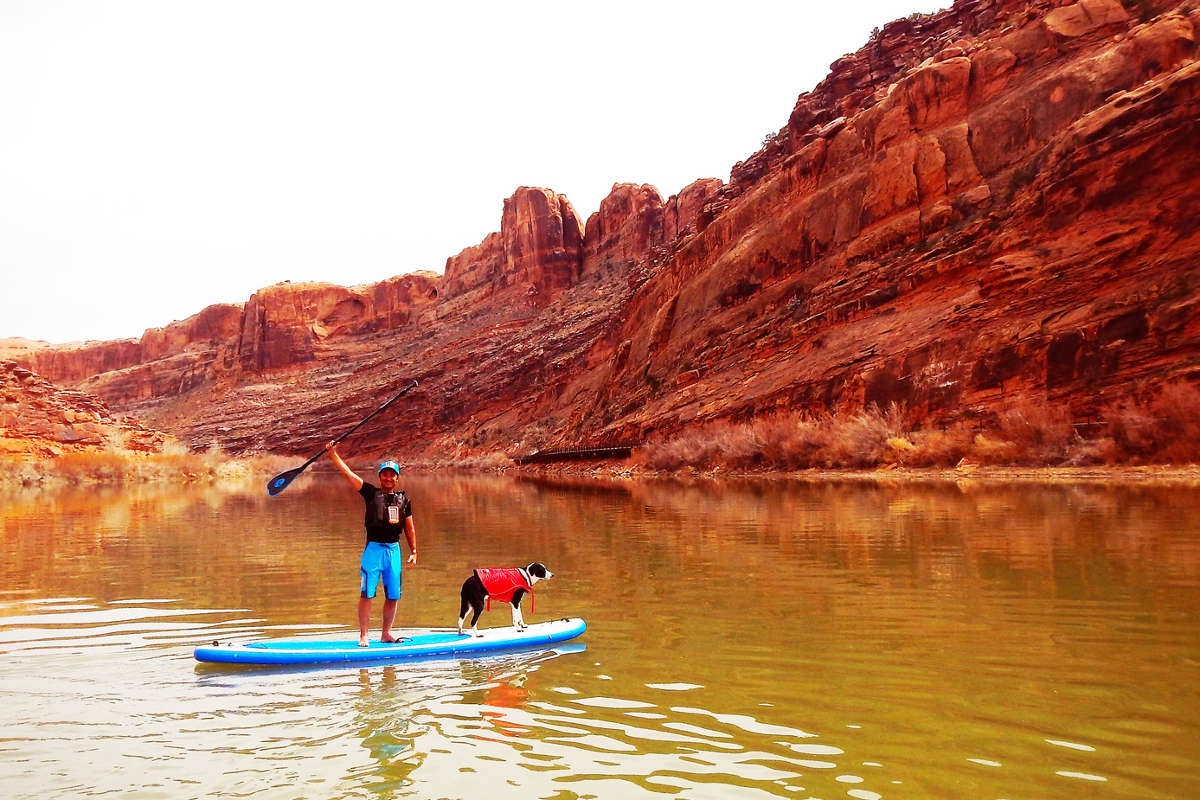 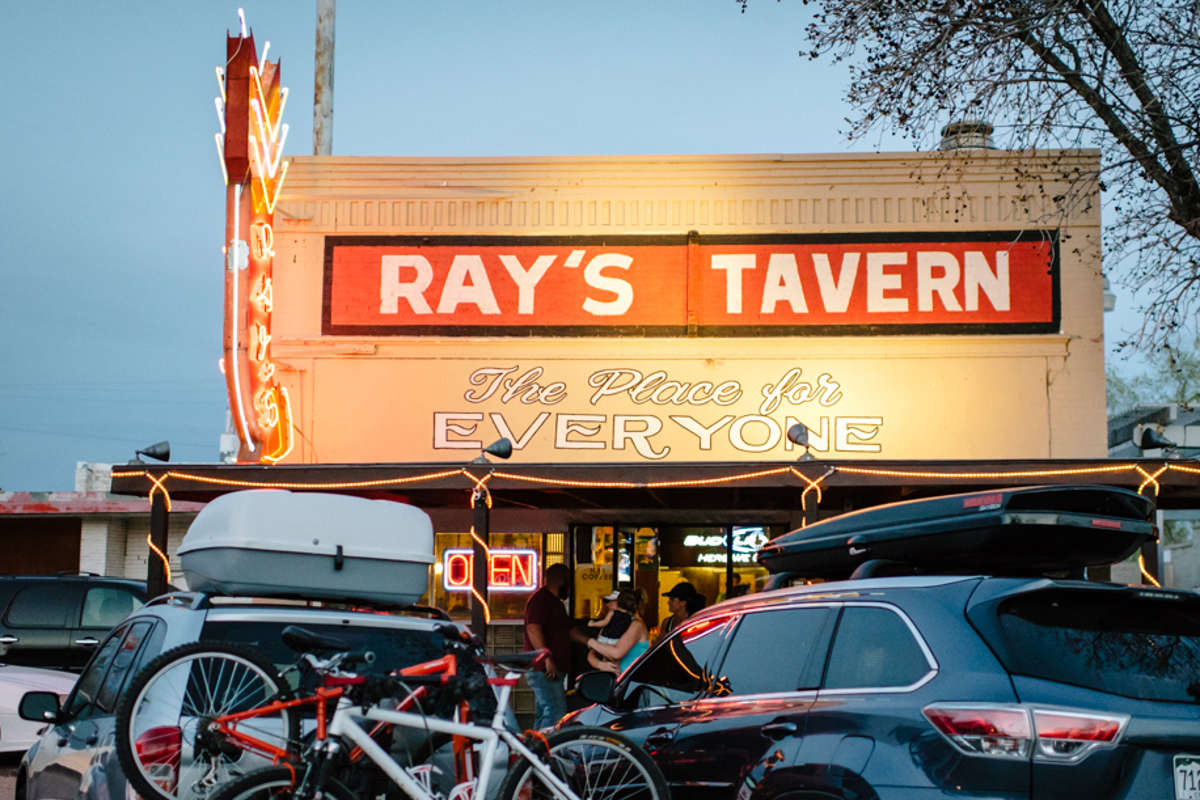 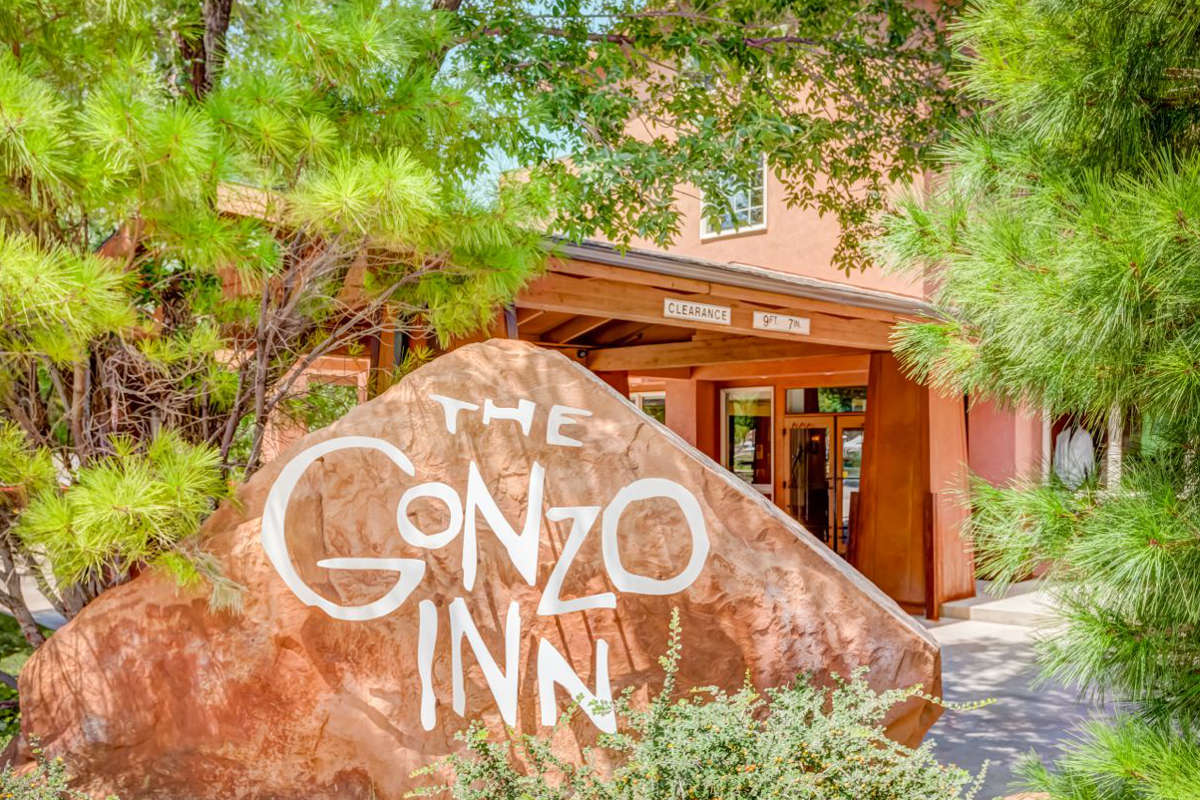 Gear up at Gearheads Outdoor Store. With equipment to cover almost any outdoor activity, from wide-brimmed hats to block the sun and basic water bottles, to more acute action like climbing and action-specific shoes for virtually every endeavor. Gearheads has everything you need, and everything you may have forgotten at home. And don’t forget to fill up at their free filtered water station before heading out.

Even if it's not located directly in Moab, our homie, Ben Altenes is a huge fan of Ray’s Tavern in Green River, about 45 minutes up the road. It is an unassuming spot where the owners and patrons are huge supporters of law enforcement and the veteran community. Ben also recommends refueling at Moab Brewery, after a few hours or days in the wild, whose “beer is excellent and nachos on point”. He also says you can go wrong with the all you can eat pizza at Zax if you're in the mood to really crush your macros.

As their name might suggest, The Gonzo Inn is the place to crash if you’re looking for something a bit funkier than your standard hotel. If hotels aren’t exactly your thing, try Westside Flats, arguably Moab’s most unique lodging experience.

With a climate temperate enough to make visiting enjoyable at any point in the year, Bend is a premier, if often underrated destination for outdoor adventure.

First things first. Head up to Smith Rock State Park, make your way up the Monkey Face, and jump off of it. Giving you both your rock climbing and BASE jump fix, this is one of the best ways to take in Bend from a one-of-a-kind vantage point. Check out this video of our dude Zach Carbo doing it his way. 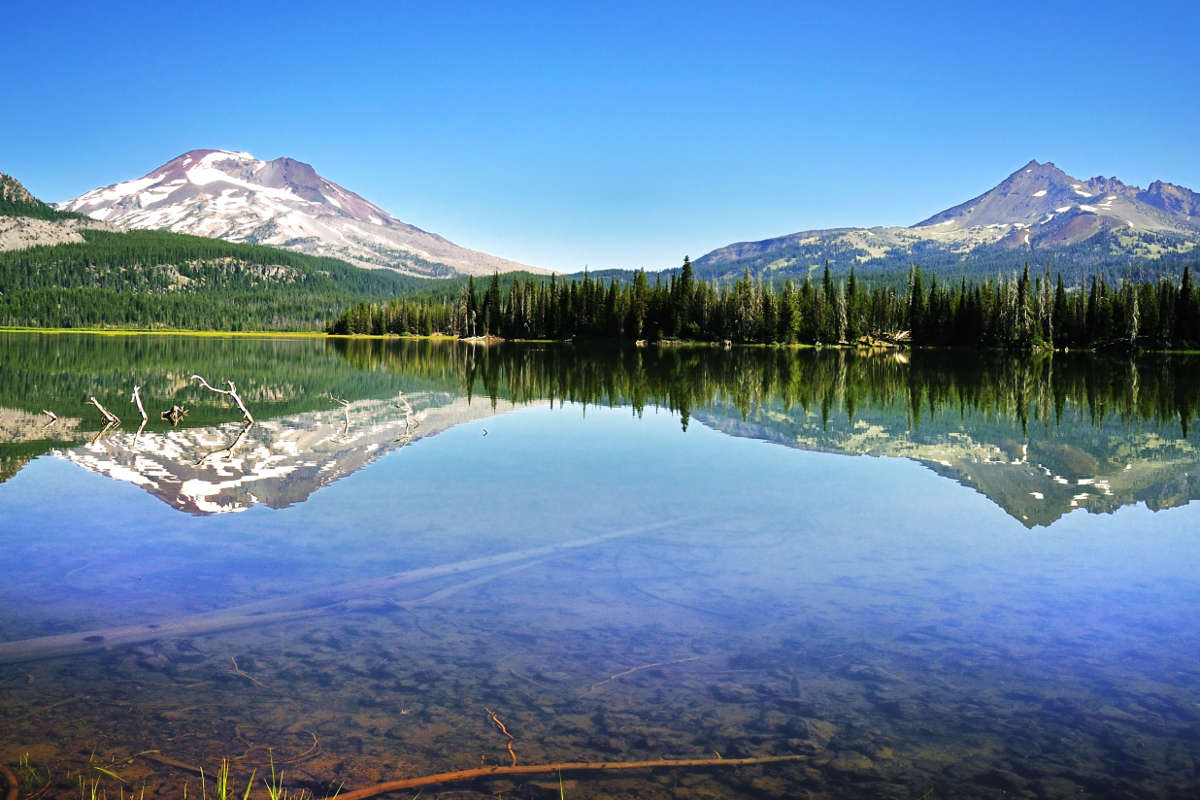 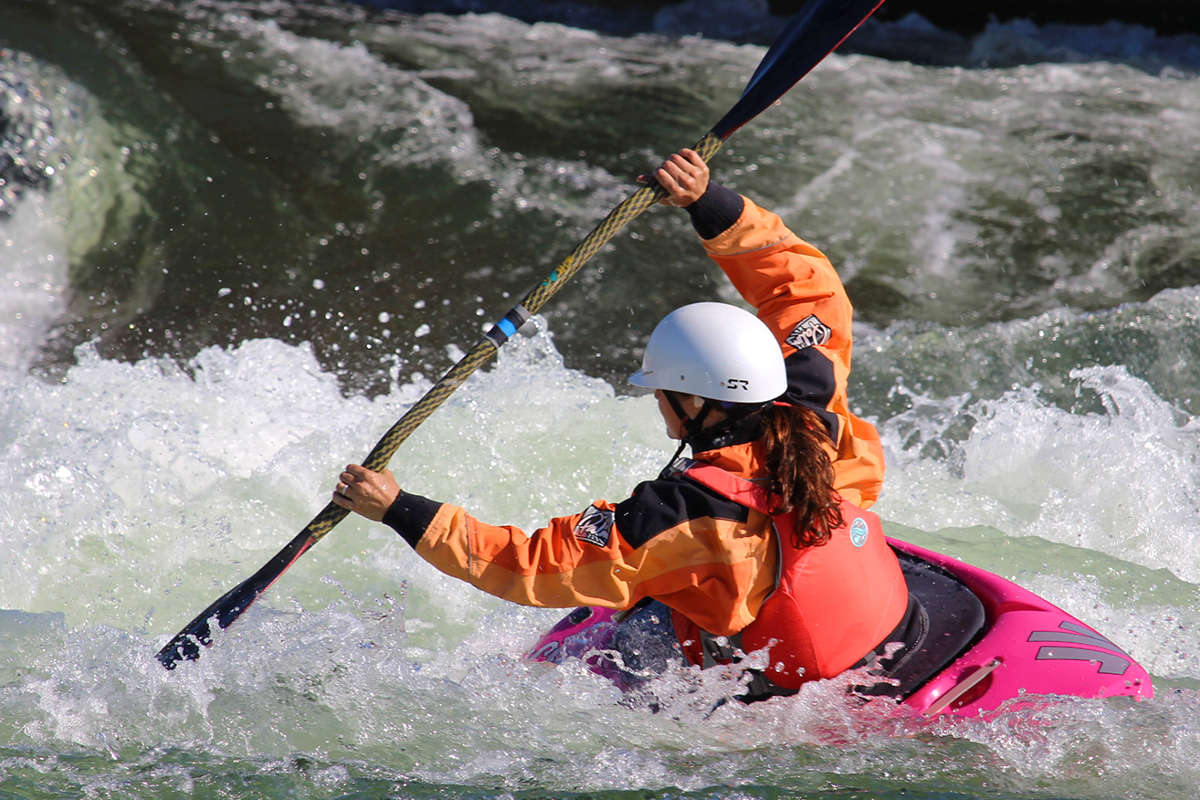 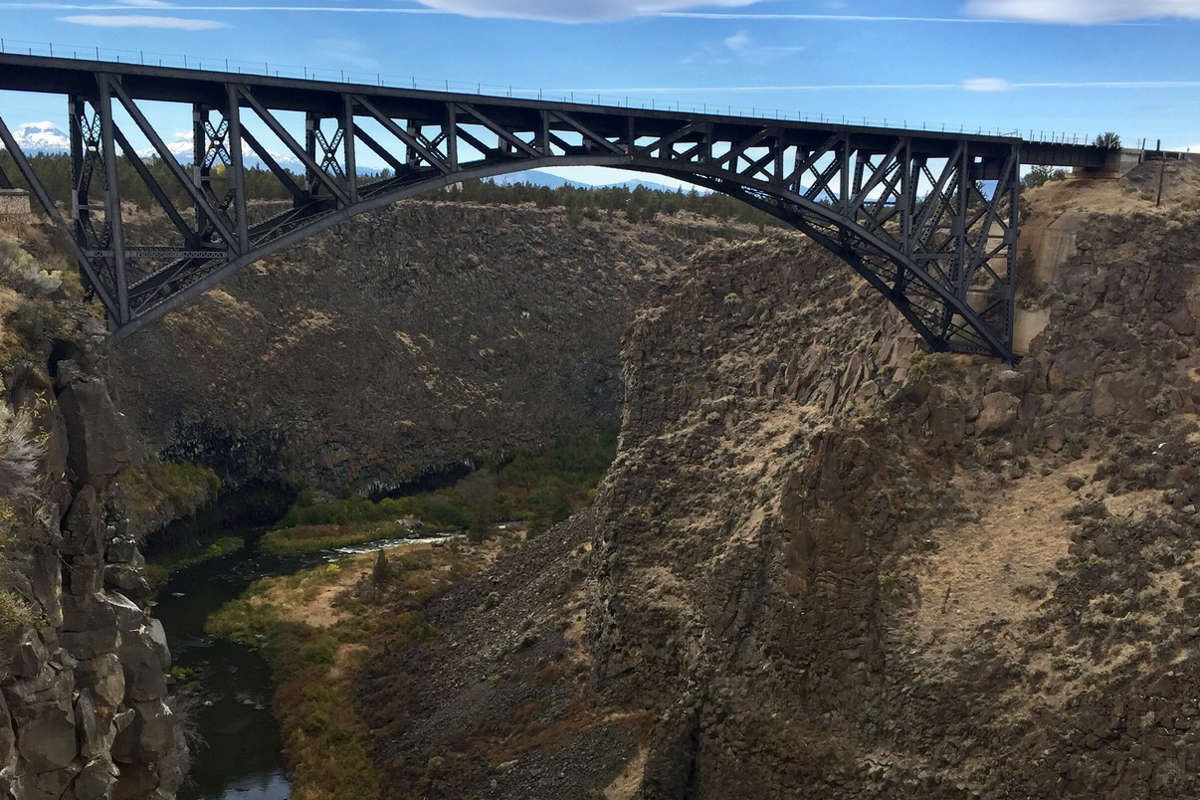 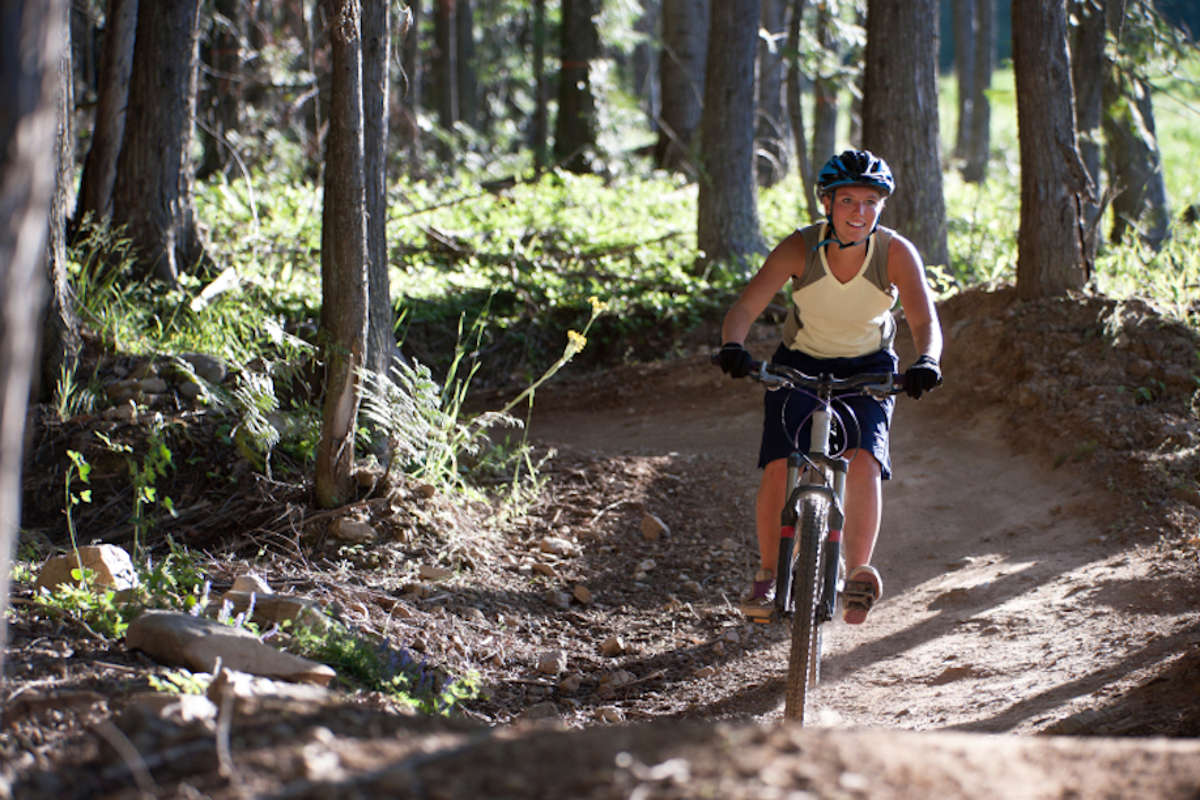 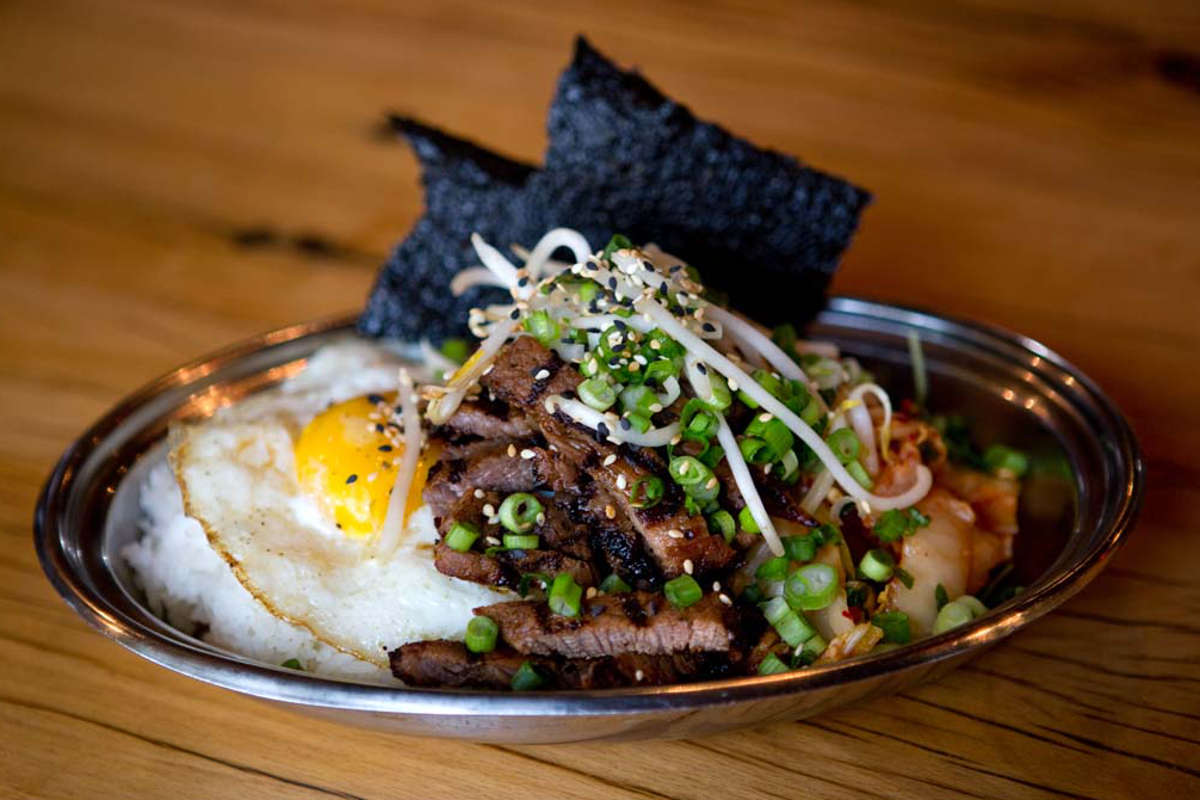 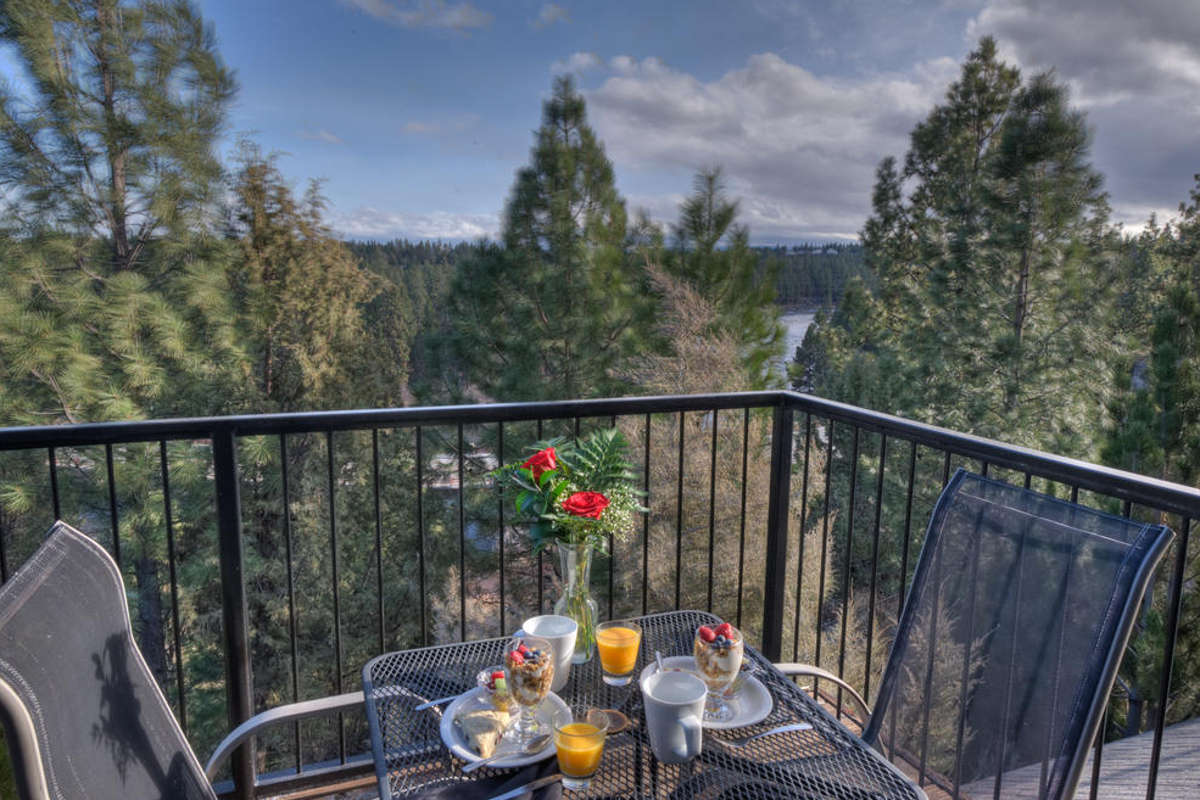 Believe it or not, Bend is where you want to head for some sick waves. Surfing the Bend Whitewater Park may be the best inland ride in the US. Get all the gear you need from River Surf Co..

Just a half hour north of Bend is one of America’s best bungee jumping spots. Reserve a spot with Central Oregon Bungee Adventures, who will take you up toward PS Ogden State Park and throw you off an amazing bridge.

Of course, there is plenty of mountain biking, climbing and hiking, and ATV action around Bend as well. If mountain biking brings you to Bend, Pine Mountain Sports is widely considered one of the best mountain bike outlets in America. For nearly everything else, hit up Mountain Supply. Independently owned and catering to almost any outdoor activity, Mountain Supply is stocked and their staff is well-versed in both the gear they carry and the environs they live in.

Bend’s premier boutique hotel is the Pine Ridge Inn. Check it out for no other reason than the complimentary locally-brewed craft beer you get upon check-in. If you’re into something a little homier, try the well-known Airbnb haunt, the Book House.

Before heading out, fuel up at Spork, which the New York Times called “culinary magic.” This eccentric spot slings a variety of Mexican-Asian fusion dishes that are just rad. Zydeco Kitchen is also a Bend favorite if you’d prefer Cajun-inspired fare.

Jackson may be known as one of America’s more highfalutin mountain towns, but it’s also one of our premier destinations for outdoor action. Just five miles from Grand Teton National Park and sixty or so from Yellowstone, Jackson is an outdoors adventurer’s dream. 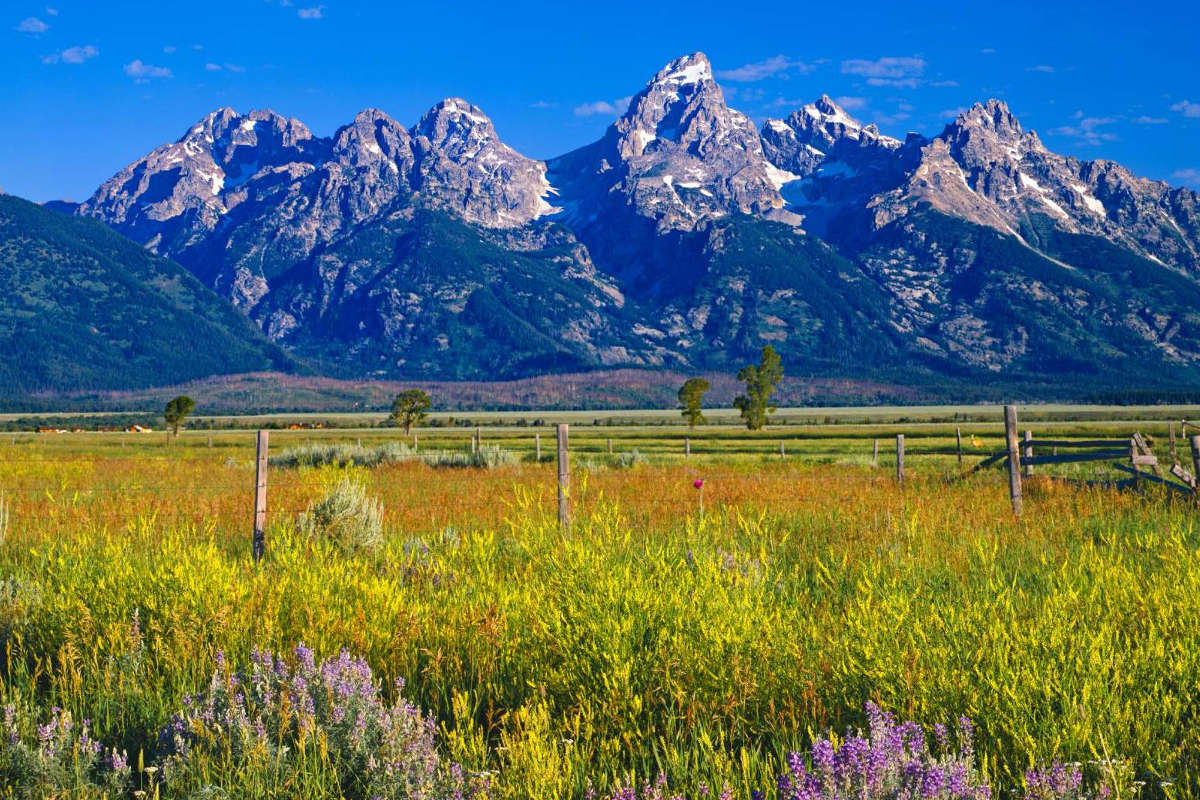 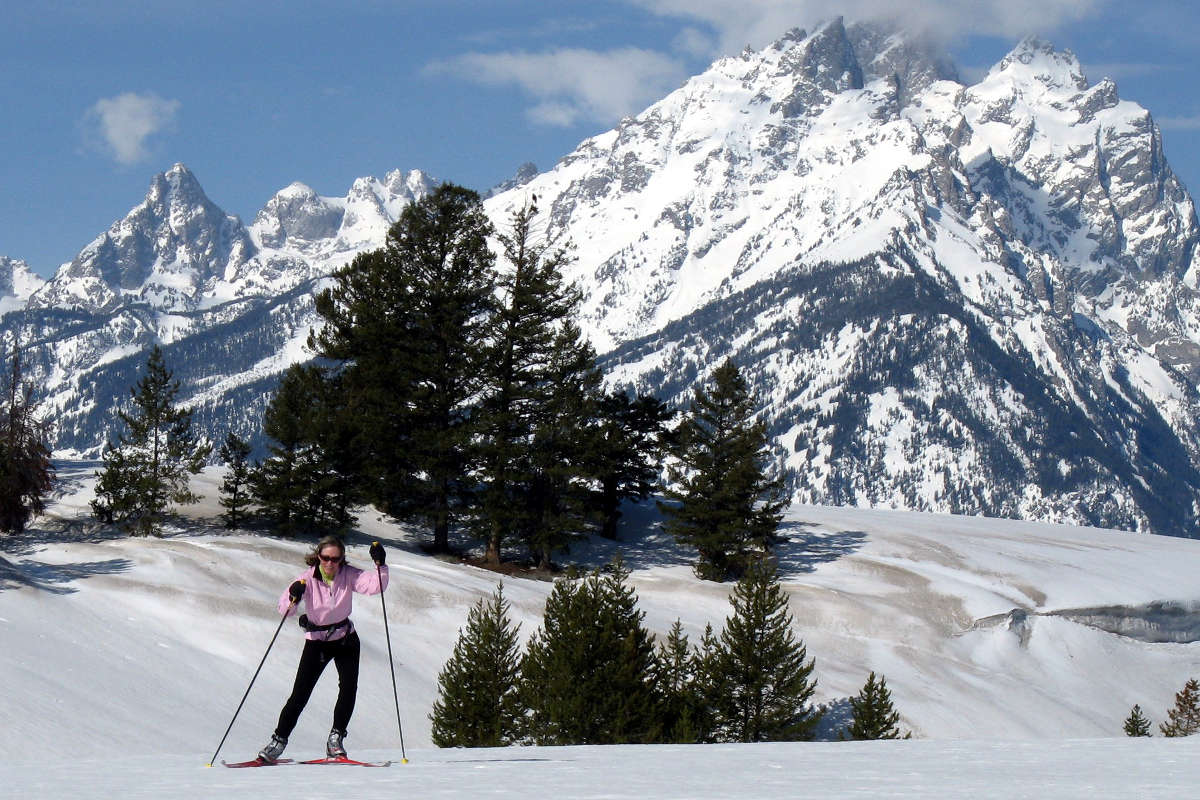 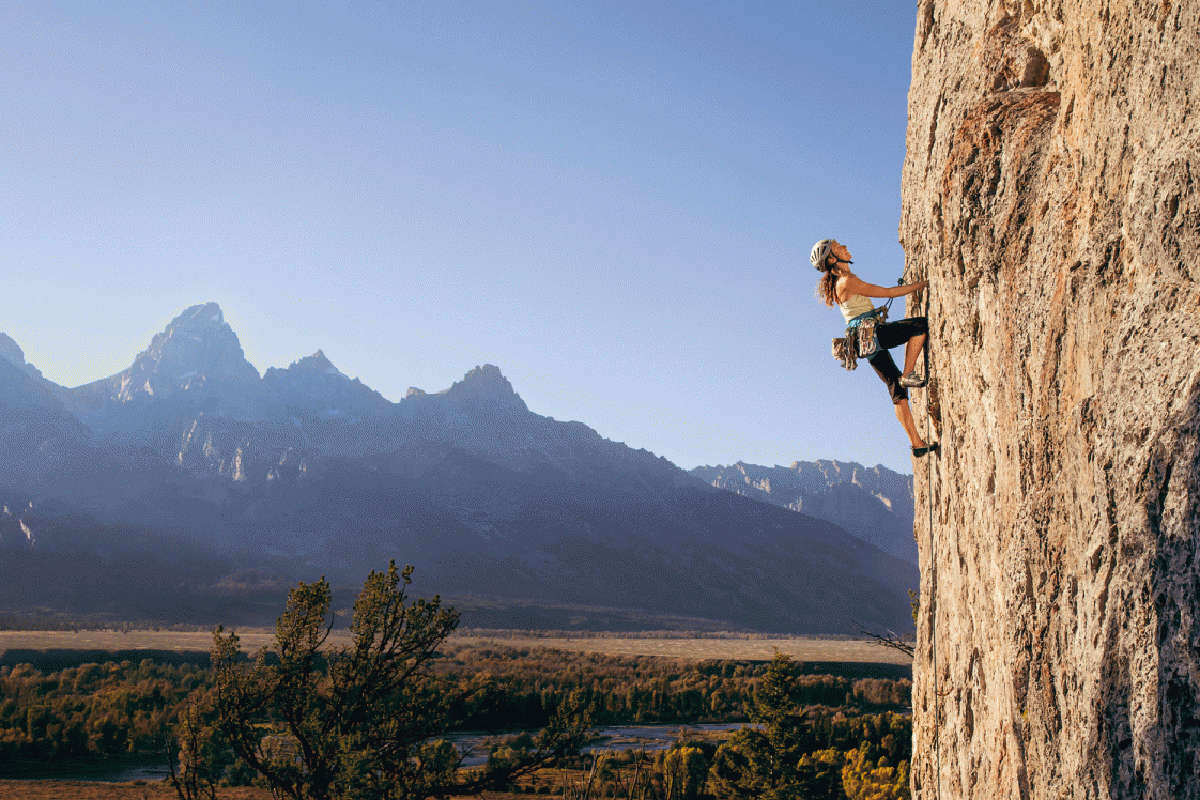 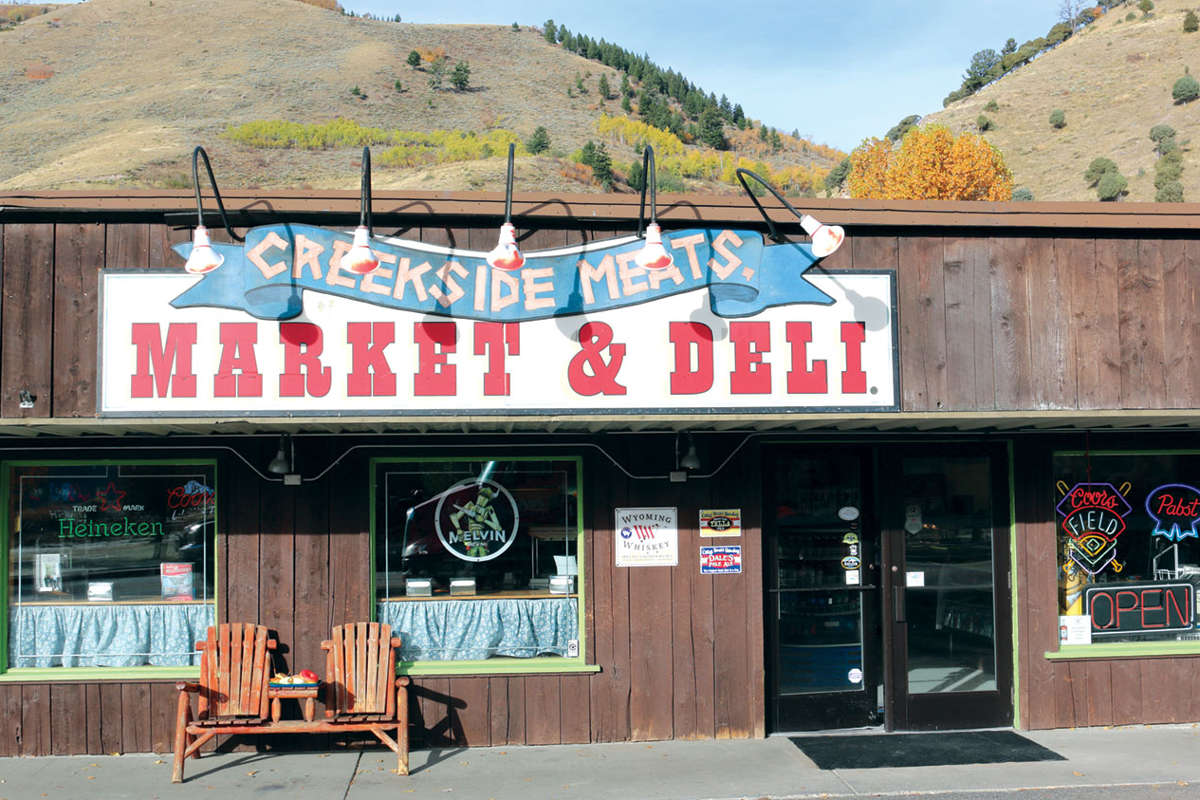 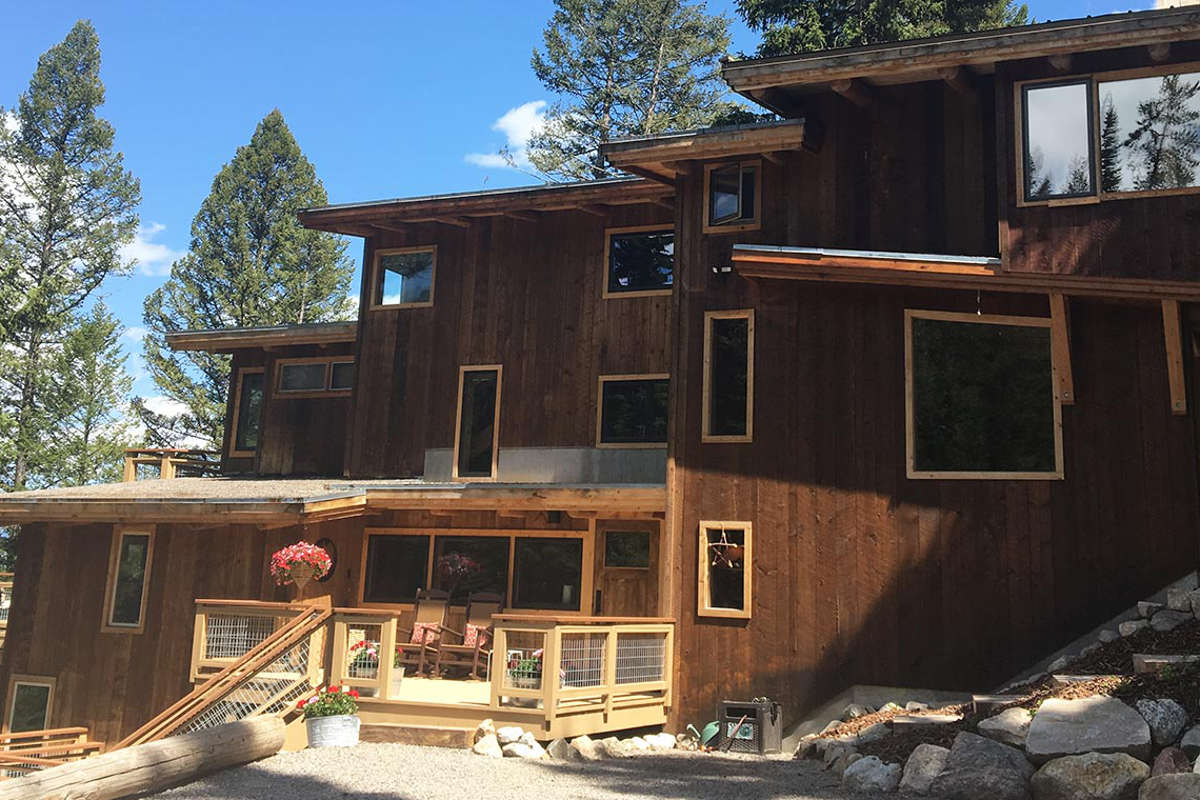 You can ski or snowboard in the winter, backpack or spend a day fishing or lounging on the Snake River in summertime. And while you can get scenery in Jackson like almost no place else on Earth, it’s hard to argue with the fact that Teton Hang Gliding provides the best view. Add in scads of mountain bike trails and a healthy climbing community and you’ll see why people flock to Jackson for a lot more than the fancy restaurants and cozy spas.

For a more universal shopping vibe, check out JD High Country Outfitters, who can set you up with almost anything needed to tackle the beauty of Jackson. Of course, if you’re in town to climb, there are few better mountaineering shops in the country than Teton Mountaineering.

If you’re looking to load up before heading out for a day on the river or the trails, Creekside Market and Deli is an in and out spot with killer sandwiches and margarita pumps. If a little kitsch doesn’t turn you off, eat at Bar J Chuckwagon. Less a restaurant and more a night’s experience, this former cattle ranch turned immersive dining adventure is a well-known Jackson institution.

That it’s located up Heck Of A Hill Road isn’t the only thing that makes the Jackson Hole Hideout one of the area’s most unique places to stay. Both super secluded and a short drive from Downtown Jackson, the Hideout is perfect if you’re in search of something a little more laid back after a day outside. But what is staying in Jackson if you’re doing it without a view? Check out this Airbnb spot for one of the most scenic rentals around town.

At the edge of western North Carolina’s half-million acre Pisgah National Forest (which itself abuts the Nantahala and Chattahoochee National Forests along with the Great Smoky Mountains National Park), Brevard, North Carolina is a magnet for hiking, trail running, mountain biking and spending time on the French Broad River. 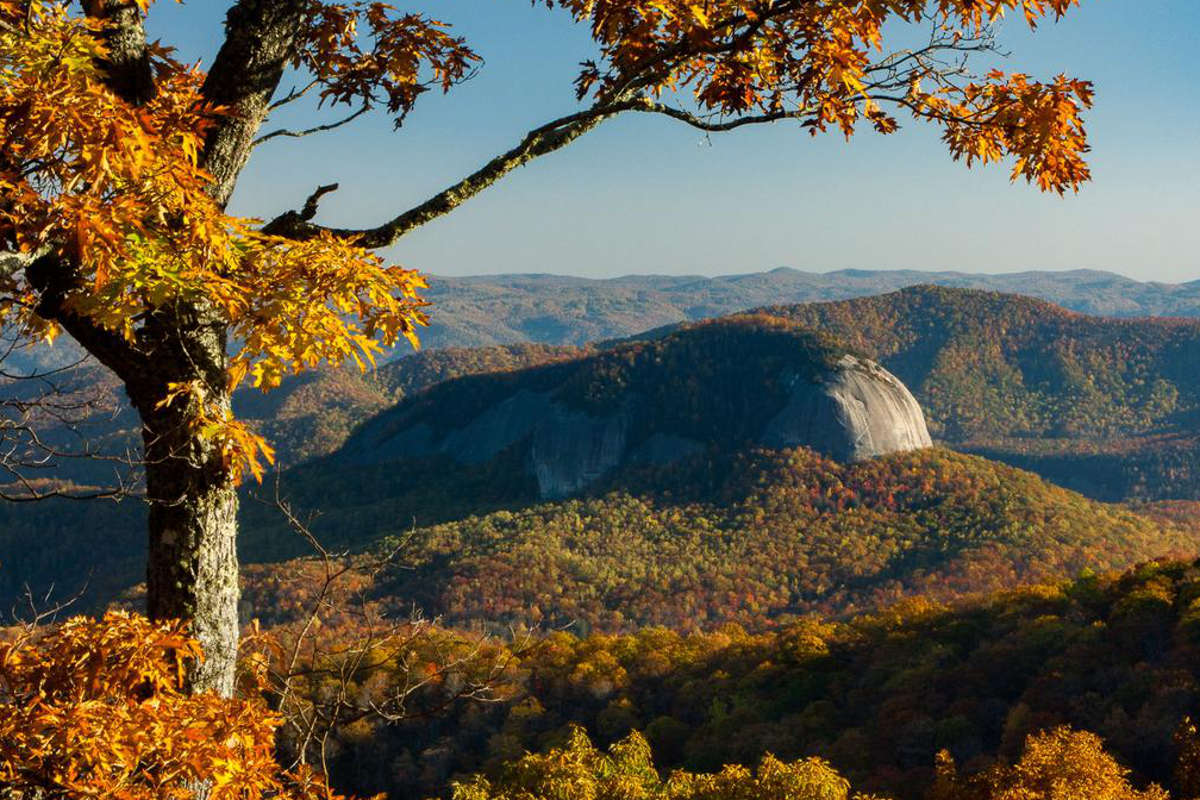 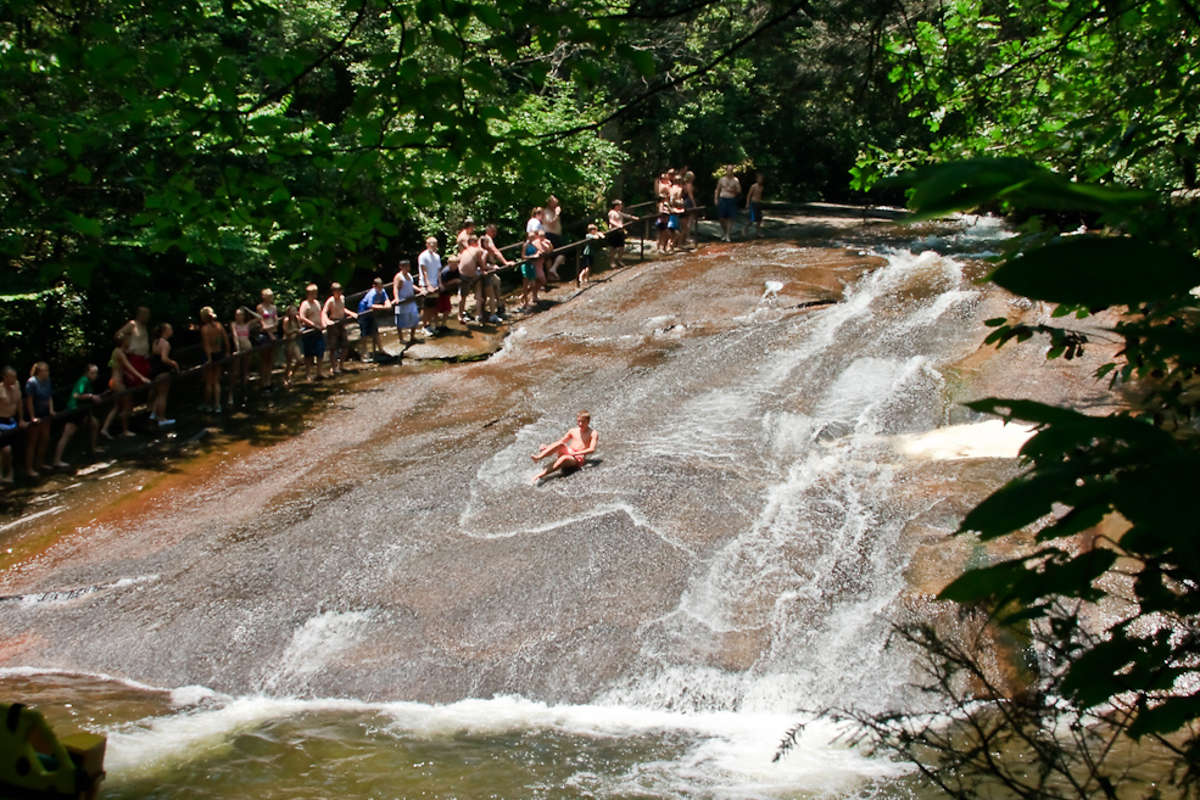 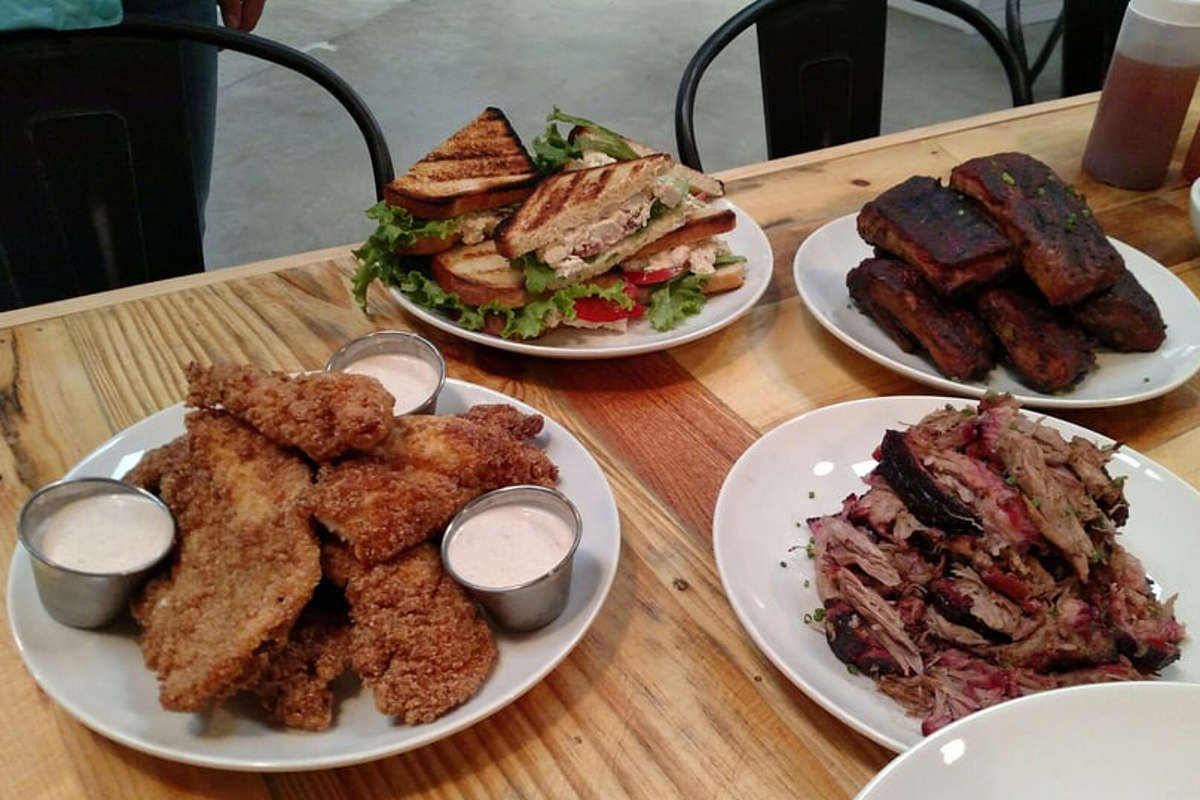 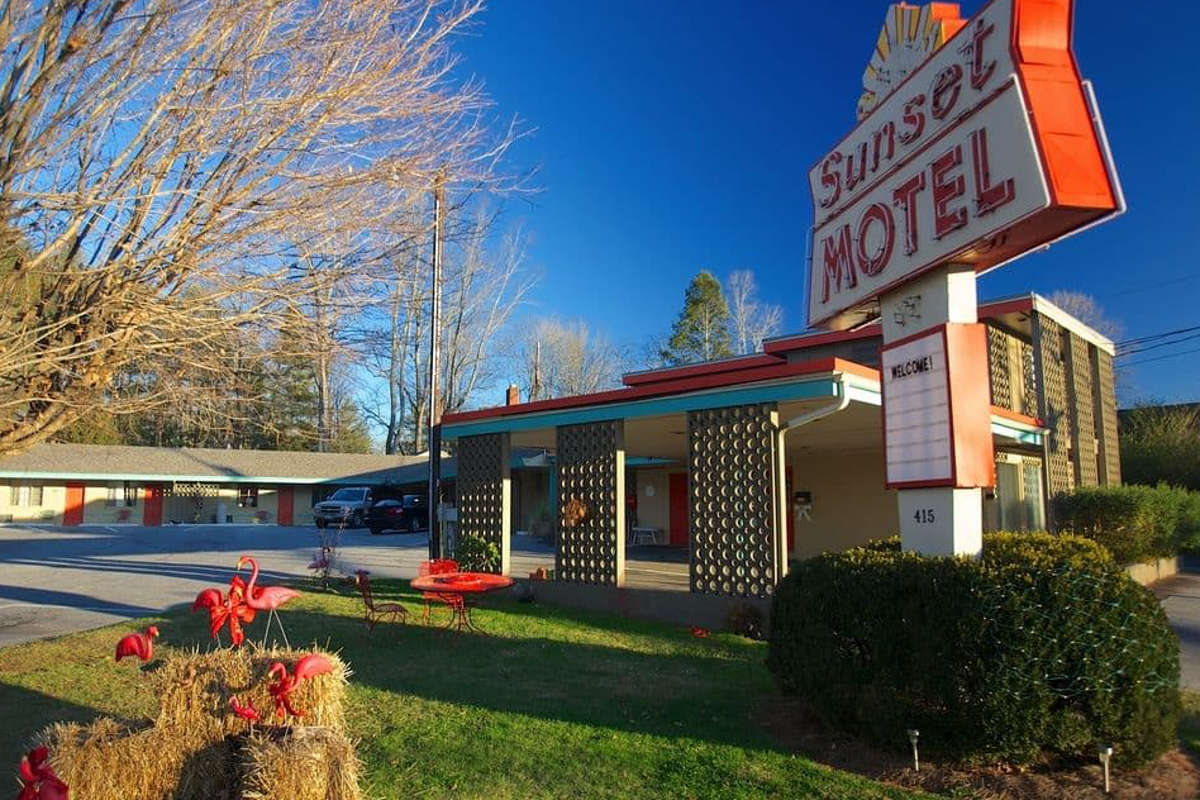 Climbing 1,700 feet in over three miles, the Looking Glass Rock Trail is one of the most exciting and challenging in the area. Though it’s good to work a sweat in before heading down Sliding Rock’s natural waterslide. Once named as one of Bike Magazine’s best places to mountain bike, what Brevard lacks in the more gnarly elements of outdoor adventures, it more than makes up for in expansive and inviting trails, rivers and waterfalls that never seem to end.

If you need to rent a bike for the trip, check out The Hub and get a good read on what trails you want to hit at the same time. Then,head to local institution D.D. Bullwinkel’s to gear up before heading out but don’t leave before grabbing a local beer in their upstairs tap room. Being North Carolina and all, few things matter to the locals more than craft beers.

Speaking of being in North Carolina, you’d be remiss to come to one of the world capitals of barbecue and eat anything but. Magpie Meat & Three is the spot in Brevard, serving locally-sourced, seasonal meals with a full range of curated craft brews (I’m telling you. They LOVE that shit in the Tar Heel state), Magpie attracts disciples from all over the southeast. If you’re looking for seafood, why not trust a man who cut his culinary teeth in the Virgin Islands? Owner of The Falls Landing Eatery Mike Young did just that when he relocated from St. John to Brevard to open his seafood joint. Everything on the menu is worth your time but go for the North Carolina trout to keep it as local as possible.

If kitschy throwback nostalgia is more your scene, The Sunset Motel is your spot. Harkening back to the alluring vibe of the highways and open roads of yesteryear, The Sunset leans in hard to the leopard print, pink flamingo, hot rodding nostalgia of the 1950s and 60s. The Inn at Brevard is a great place to stay if you’re into that homey, bnb vibe. Located on stately and historic grounds, the Inn is an ideal place to wind down after a weekend in the woods. 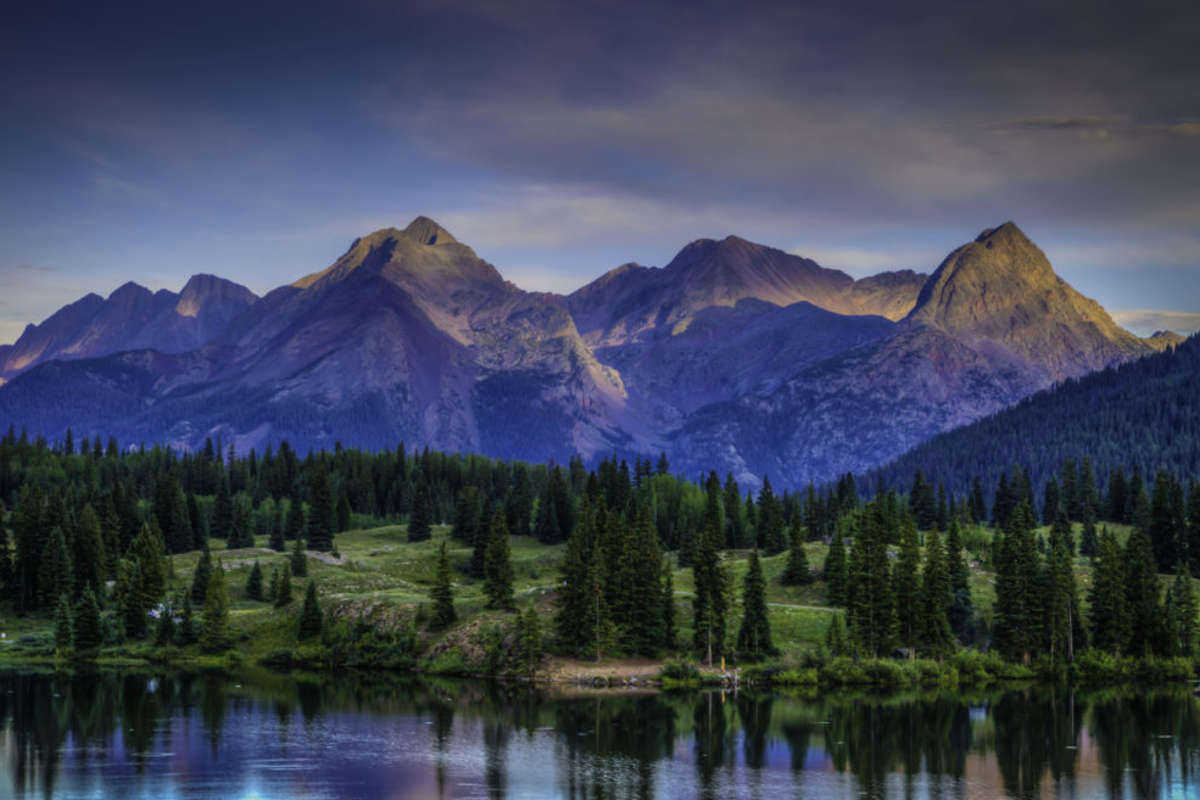 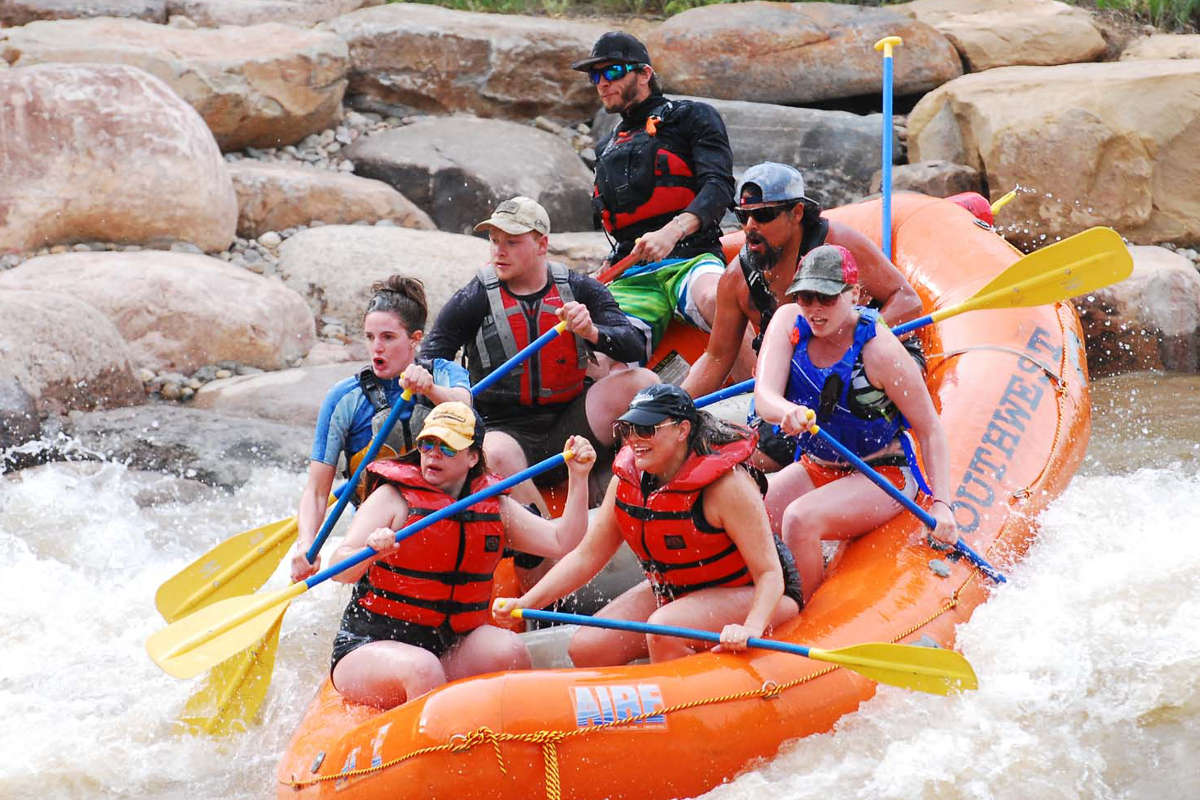 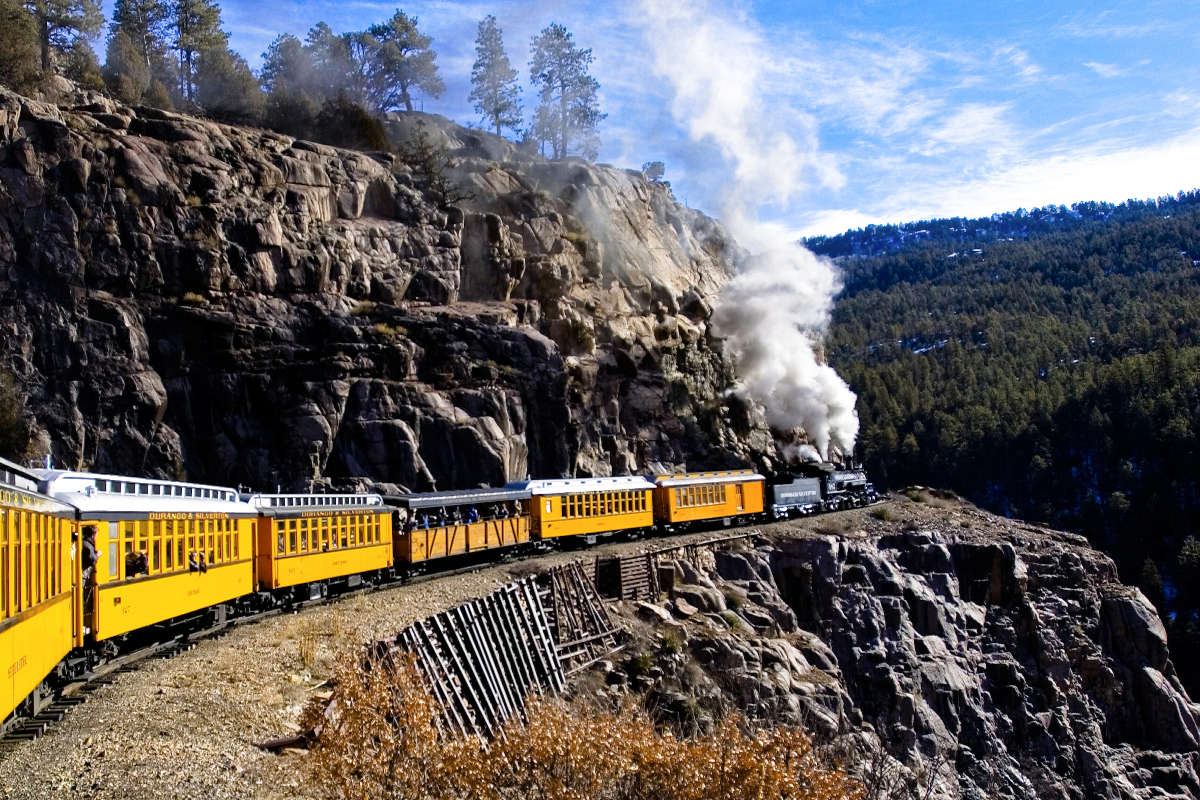 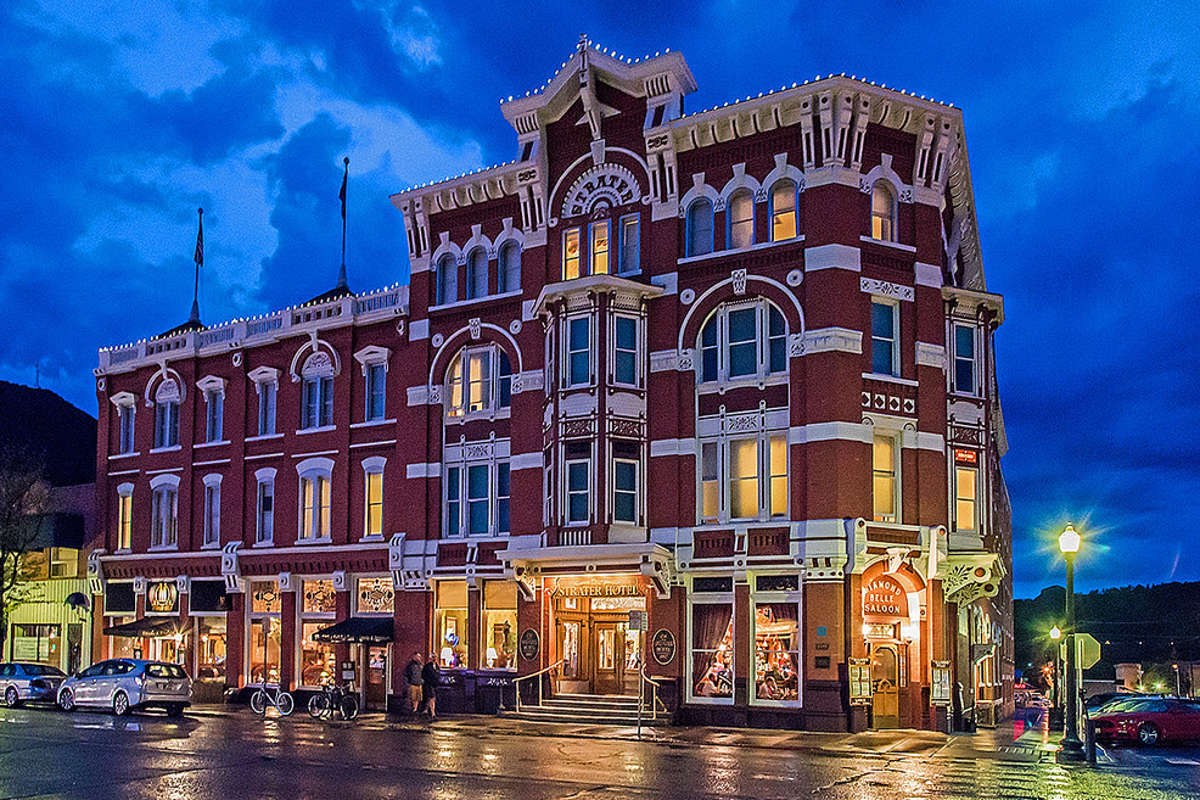 Get out on the river for an afternoon of whitewater action with Mild To Wild Rafting, or explore the longest zip line attraction in the world with Soaring Tree Top Adventures. And while it’s hardly the kind of thrill-inducing, adrenaline-throttling adventure many of us are after, a ride on the Durango-Silverton Train is an absolute can’t miss while in town.

For your outdoor gear, Durango Outdoor Exchange is one of the best around for anything from paddle boards and packs to basics like maps, sunscreen and climbing zines, plus they usually have great deals on used equipment too!

For a grab-and-go bite, Zia Taqueria is a must-have counter service joint who trades in locally-sourced and community-oriented foods. Carver Brewing is the spot for a more leisurely, sit down lunch or dinner. With killer burgers and their own slate of craft brews, Carver is another Durango outpost committed to local agriculture and sustainable, farm-to-table fare.

The Strater Hotel is Durango’s most well-known accommodation. You should stay here if for no other reason than it as the hotel where Clark Griswold “cashed” his check in the original Vacation movie. Of course, if you don’t need all that space, this four-hundred-square-foot tiny house on the outskirts of town would make for a perfect rental.

When you're planning your Summer, these are hot spots where you will run into like minded adventurers who are looking to push the envelope. And, unlike Vegas or Central America you can actually make these destinations without raising any eyebrows on the home front. So, pack a three day bag and plan to spend a little time outdoors.

As SOFLETE’s Moab retreat approached, I was prepping both mentally and physically for all the fun things that I…

Though I’ve gone to school in Texas for four years now, I’ve never been to the border. It’…

Sometimes opportunities arise that seem too good to be true. And while I am usually pretty cautious, skeptical, and even…

The summer after my senior year of high school was the opposite of a sad Springsteen ballad. Instead of youthful…

On the evening of June 10th, having been home from Air Assault for less than 2 days, I hit the…

The usual start of Appalachian Trail is at the Southern Terminus in Georgia. Since the trail actually begins at a…