EVENTS
HIDE
SHOW
Boot Selection for Real Selection Having been through two selection courses (one successfully, one not) in the past nine months, I’ve seen the full range of dudes freaking out about which boots to wear and which to avoid. I’ve worn the majority of mainstream boots and my bank

Having been through two selection courses (one successfully, one not) in the past nine months, I’ve seen the full range of dudes freaking out about which boots to wear and which to avoid. I’ve worn the majority of mainstream boots and my bank account shows the pain of buying new shit constantly.

So to preface all of this, I’m going to tell you not to be that guy. You know who I’m talking about. The guy that has a fuckload of shit that the military didn’t issue him because he thinks it’ll make his life easier. He’s wrong, it won’t. Your feet are going to go numb eventually. How long it takes is directly related to how much money you spend on weird tan shoes. Buy what you need, but don’t overdo it. I’ll also forewarn you—this is primarily written from an Army perspective for three reasons (1) that’s where I am, (2) Army dudes have more leeway in choosing boots than do Marines, etc, and (3) this is being written in response to a particular question about boot selection for SFAS.

Your boot selection should be based off the answers two main questions: What’s the terrain like where I’ll be wearing these boots? How much support will I need? I’ve been to one selection course conducted over mostly sandy, relatively flat terrain (SFAS) and one (RASP) that was, surprisingly, a little rougher, and with mixed surfaces (lots of asphalt/concrete, and some good old Georgia clay). I can give you individual advice on surfaces, but I can’t answer your questions about ankle/arch support. You have to know your body. I had weak ankles so I made them stronger. Some of my buddies roll their ankles all the time, so they bought boots with more ankle support. As for your arches, if you have high arches like me, do yourself a favor and buy Superfeet insoles. I know “Get Selected!” or whatever that book is called recommends a different brand, but trust me — I bought both and Superfeet are the shit. Get the green ones or the orange ones, and put them in your boots and running shoes. Just like you don’t need high-speed boots to be successful, you don’t need insoles, but if you’re going to be a geardo about your boots, don’t skip the quality socks (Darn Tough, hands down) and insoles.

As for surfaces, moving on asphalt is painful. It hurts your joints, and your knees and ankles will hate you for the pounding. You need soft-soled boots, and the main models available right now are the old school Nike SFBs (the ones with the Free soles), the Rocky C4T/C5, and the Garmont NFS. The Nikes are hard to find, but they’re probably the best for asphalt because they’re so damn light. They’re literally like high-topped running shoes. If you don’t have to move very far, but you’re doing it on a hard surface, they’re my go-to boots. They also dry quickly, which is a huge plus, because no matter which selection course you attend, you’re going to get wet and probably stay wet for awhile. I’ve never liked the Rocky boots. They don’t fit my feet and the sole is thicker than it needs to be, but they’re worth a shot if you’re into that stuff. I’ll go in-depth on the Garmont NFS later.

If you’re moving through sand trails, like at Camp Mackall, the surface is going to be more forgiving on your joints but harder for traction. This is hard to explain, but anyone that’s gone for a run on the beach should know what I’m talking about. Again, I prefer a softer soled boot like those mentioned above. If you buy the Garmont T8 with the thicker, more mountain-oriented sole, you’ll get bogged down in the sand and it’ll be harder to move. You want something with a little bit of grip but not a deep tread. For the sand trails, you actually can’t beat the SOPC-soled Army issue boots. If you don’t know what those are, ask around when you get to Bragg and someone will square you away. I have seen those soles peel away from the boot itself, so your mileage may vary, but the pair I had were super comfortable, and almost as light as the Nikes. They just didn’t have any ankle support at all. 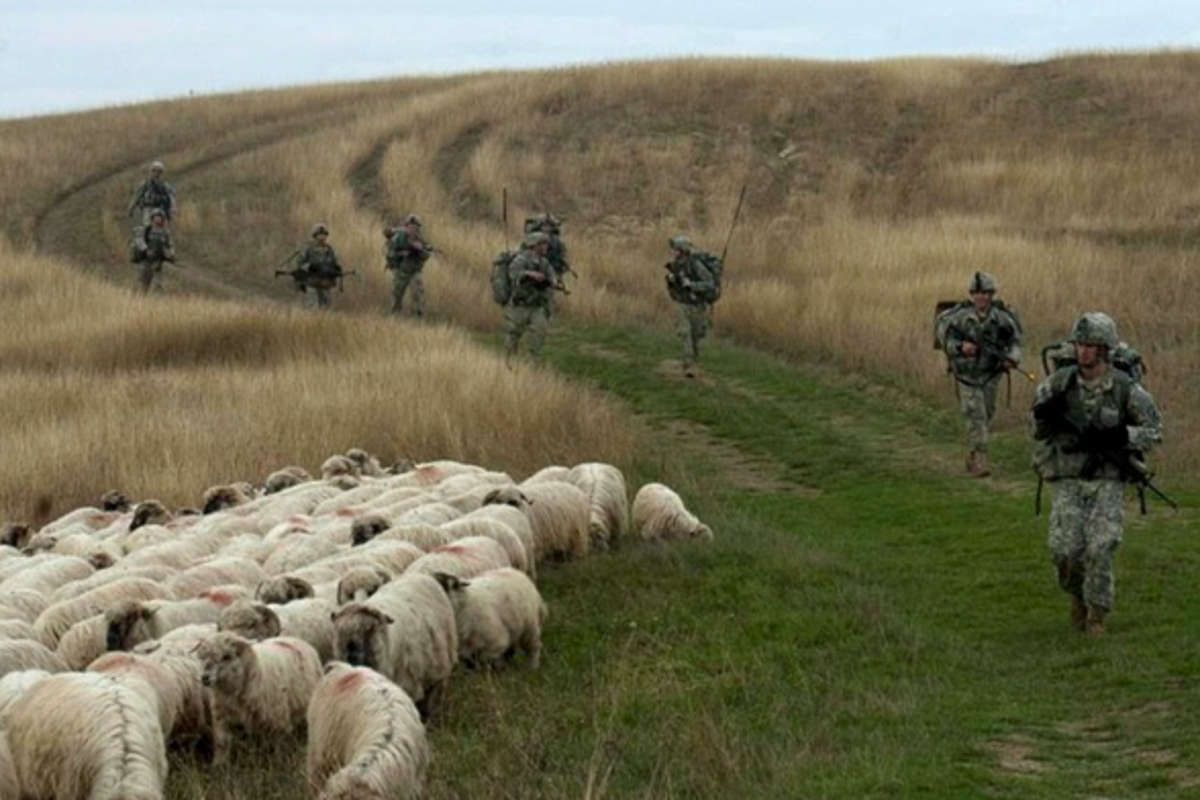 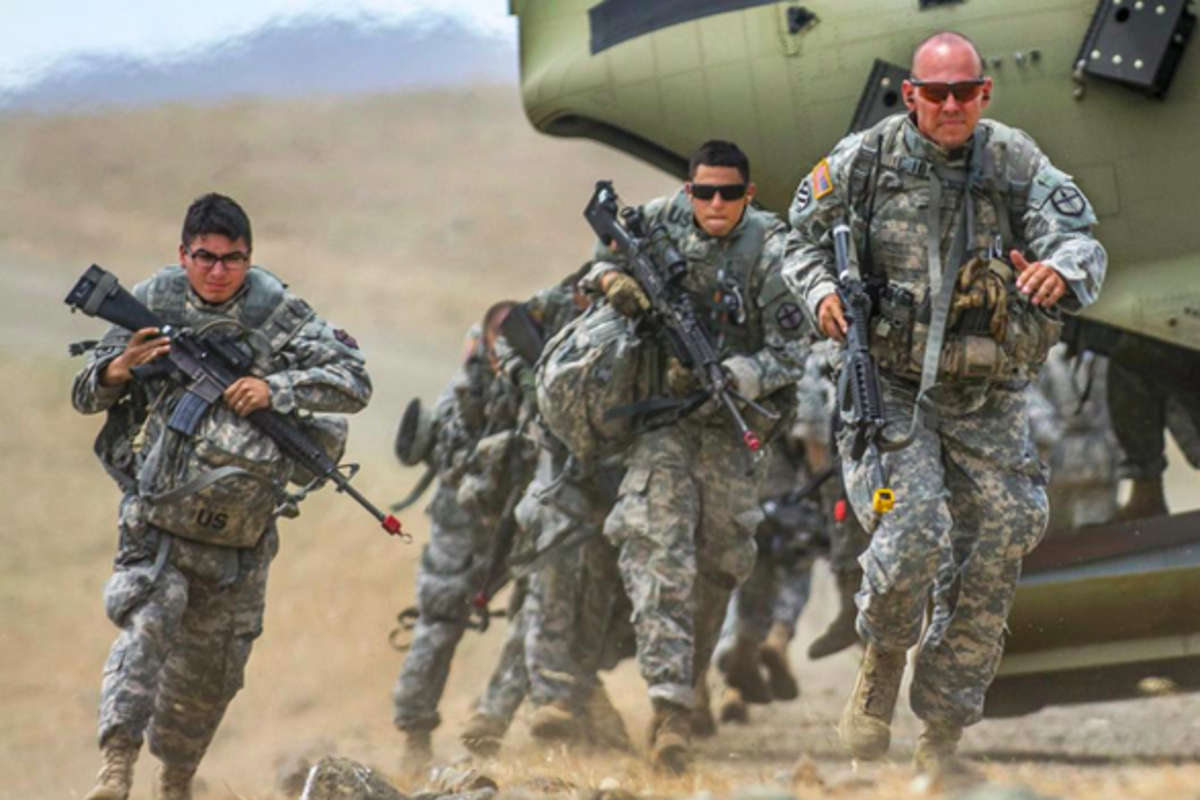 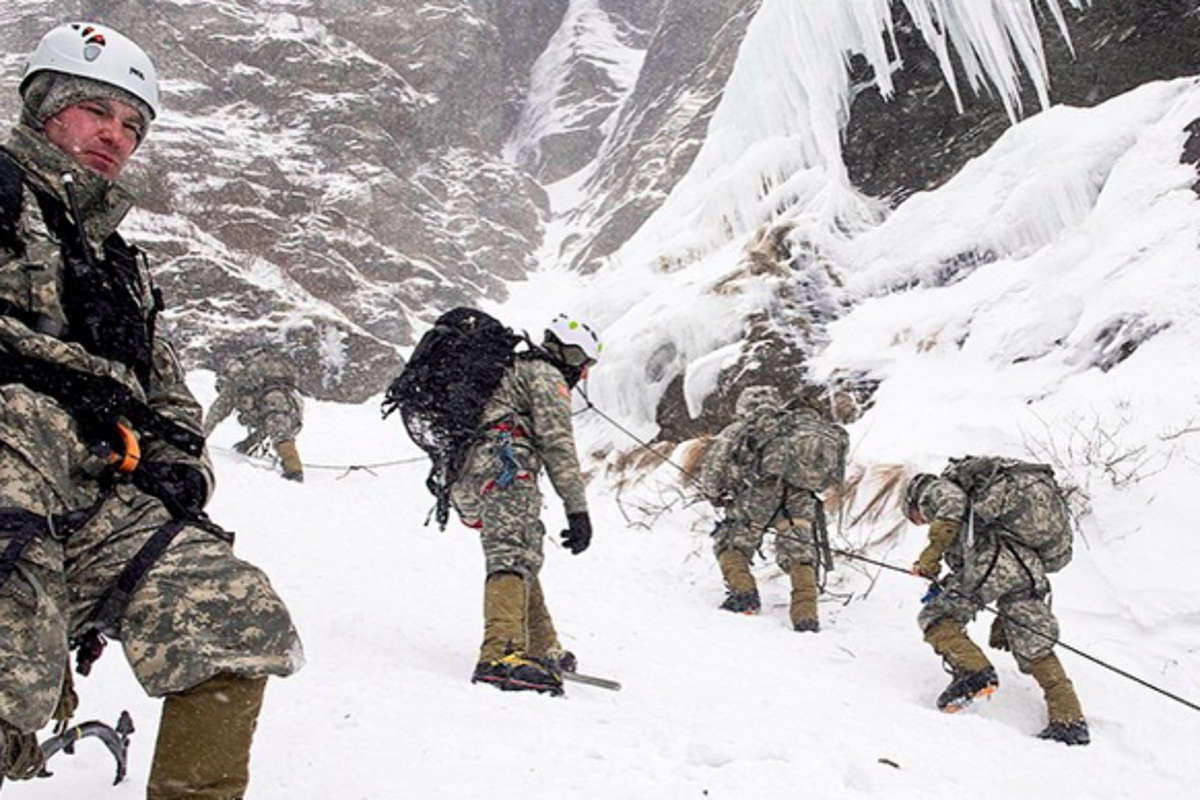 2. Army Combat Engineers run from a CH47 Chinook helicopter after being notified of a sale on old school Nike SFB's.

3. US soldiers take an opportunity to test boot warmth during their climb of Smugglers' Notch in Jeffersonville, Vt, while looking for a frisbee that went wide during a game of "ultimate".

A lot of guys swear by Rocky S2Vs. I have a pair, and they’re great for standing around, but they’re too damn heavy for me to wear during real training. If you need more ankle support I’d give them a shot; they’re also great for static line jumps. The soles are soft and do well in sand and decently on asphalt, but they’re significantly heavier than anything else that’s popular. Rocky has a new version of S2Vs out now that are designed for jungle use that seem pretty legit, but I haven’t tried them. They’re lighter and dry out faster, because they’re made of more Cordura nylon and less leather.

I also have a pair of the new Nikes with the more aggressive sole. They tore my feet up with blisters, and the sole is pretty hard—nothing like the original Nike SFBs. But they’re great for obstacle courses, so if you can find a pair that’s relatively cheap I’d consider taking them to SFAS for Nasty Nick and to wear while your other boots dry out.

I have buddies that have bought some off the wall boots—there’s a Belleville boot guys really like, and a couple different models of Tactical Research (a Belleville sub-brand) minimalist boots that some dudes absolutely love. I’m not a fan, but it’s mostly because the soles are hard. I want cushion if I can get it.

And that brings me back to the Garmont NFS. Bottom line up front, buy once, cry once is the best advice I can give you, and these boots are awesome. They have moderate ankle support, definitely enough for anyone with normal to slightly weak ankles, they’re very light (just slightly heavier than the Nikes), and the soles are perfect—enough traction to handle sand and clay, but plenty of cushion to wear for miles on asphalt. The only downside is that they don’t dry out quickly, and if they stay wet for several days they will get fucked up to the point that your feet won’t fit in them any more. Every time I go to land nav it pours rain on me the whole time, and because of that I’m currently on my third pair of these boots. But if you can get them dry, they won’t let you down. They’re also relatively cheap for Army boots (about $115 at Commando Military Surplus outside of Fort Benning), so they’re easier to replace than S2Vs.

I would advise anyone packing for a selection course to take three pairs of boots; if it were me, I’d take two pairs of the Garmont NFS boots and one pair of the old school Nikes if I could find them. If you’re worried about taking non-issued boots to SFAS, don’t. Same goes for RASP. You can pretty much wear what you want on your feet in these courses. If you’re really sweating it, take a pair of standard issue boots with you for the layout and then wear your cool guy boots the whole time.

Finally—if you’re training for a selection course before you join the military, buy the boots you think you’ll wear when you’re at selection. Or just don’t buy boots at all, enjoy your last few months of freedom, and lift heavy shit. You’ll get more than enough time running and rucking and making your body weak soon enough.

A lot of people call what ERA3 does “hot rodding,” as the aftermarket firearms company puts their own one-of-a-kind spin…

In case you don't already know, Kammok is a high-performance outdoor gear company whose main goal is to encourage people…

I’m sure some very specific ideas come to mind at the mention of Outdoor Retailer, America’s largest outdoor…

I’m often asked by friends who want to get into archery hunting, what kind of bow they should buy.…

In the years since the inception of the trench coat, popular culture has influenced the way society views this simple,…

While I may just be a simple country boy who grew up on a dirt road, my training and experiences…

As the leaves turn color and begin to fall, many of us are glued to the online snow reports and…

The most key element to any extended time spent in the wild is a sensible pack out. Seeing as it’…

The gym bag (just like our kit bag) is a staple for training. For many of us, the type of…